I love books – the feel and smell of them, as well as of course, reading them. I surround myself with books in my study at home. Over the years my collection has grown and I have started to run out of space for me and my cats, so I had to start getting rid of some.

I had a whole series of books from various authors all organised in the right sequence but rather than chucking the whole lot, I just got rid of my least favourite books of each series. I kept them in the same running order on my shelves, but I took a few out, so maybe rather than all 5 in the series, I now just have volumes 1, 2 and 5.
My cats and I now have more space.

It occurs to me that in making room in my study like this I have also been following a very similar process to that which happens in your cells when mRNA molecules form.
Let me show you what I mean. This is thinkfour.

Think about this. The human genome contains around 30,000 genes. The genes produce proteins, but there are estimated to be around 400,000 proteins produced in a human body. How can that be? It all happens when mRNA molecules are produced during transcription. As we know, an entire gene is copied to form a primary mRNA transcript. It is made up of introns, which are non-coding regions, and exons that are coding regions. The introns are cut out and then the exons are spliced together to form a mature mRNA transcript, as you can see here on the diagram.

This is called RNA splicing. The mature transcript will then be used, along with tRNA and ribosomes, in translation to produce a protein. So, if every gene produced one protein like this, we’re still about 370,000 short. You’ll find the answer by seeing how alternative RNA splicing works.

This is a process that produces other mature transcripts, usually with less exons than the original. Different combinations of exons can be spliced together, but they must still be in sequential order. For instance, if you look at the diagram, you could have exon 1,2 and 4 as an alternative mature transcript, but not 2,4,1 as this order is wrong. 2,4,1 isn’t found in the original sequence, but 1,2,4 is, 3 has just not been used. This example with 4 exons is quite straight forward. Let’s say you need at least 2 exons to produce a protein. If you keep the sequential order and work out all the possibilities, you will get another 10 combinations and, thus 10 more proteins. In this case, with the original 1,2,3,4 as well, you could produce 11 different proteins from the one gene. In reality, mature transcripts are made up of many exons, so the large number of different combinations that might be produced shows that each gene can produce multiple proteins. This accounts for the fact that there are 30,000 genes and around 400,000 proteins.

Now, think back to the start when we talked about introns. They are pieces of RNA, but where did they go when they were cut out? Some help to regulate transcription by turning genes on or off. Others are used to form tRNA, which is then used to pick up and transport specific amino acids during translation, or rRNA which attaches to proteins and forms ribosomes which are the site of translation. So introns are not wasted, they still play a vital role in the whole process of protein synthesis.

So alternative splicing solves the problem of a genome having a small number of genes, but a much larger number of proteins produced.
Remember, though, it all depends on different combinations of exons, not orders. Like my series of books, it wouldn’t work if I read volume 2, 5 then 1. Best to just keep them in sequential combinations and read them that way.

Between you and I, volumes 3 and 4 weren’t all that good anyway!

This was thinkfour; thanks for watching. 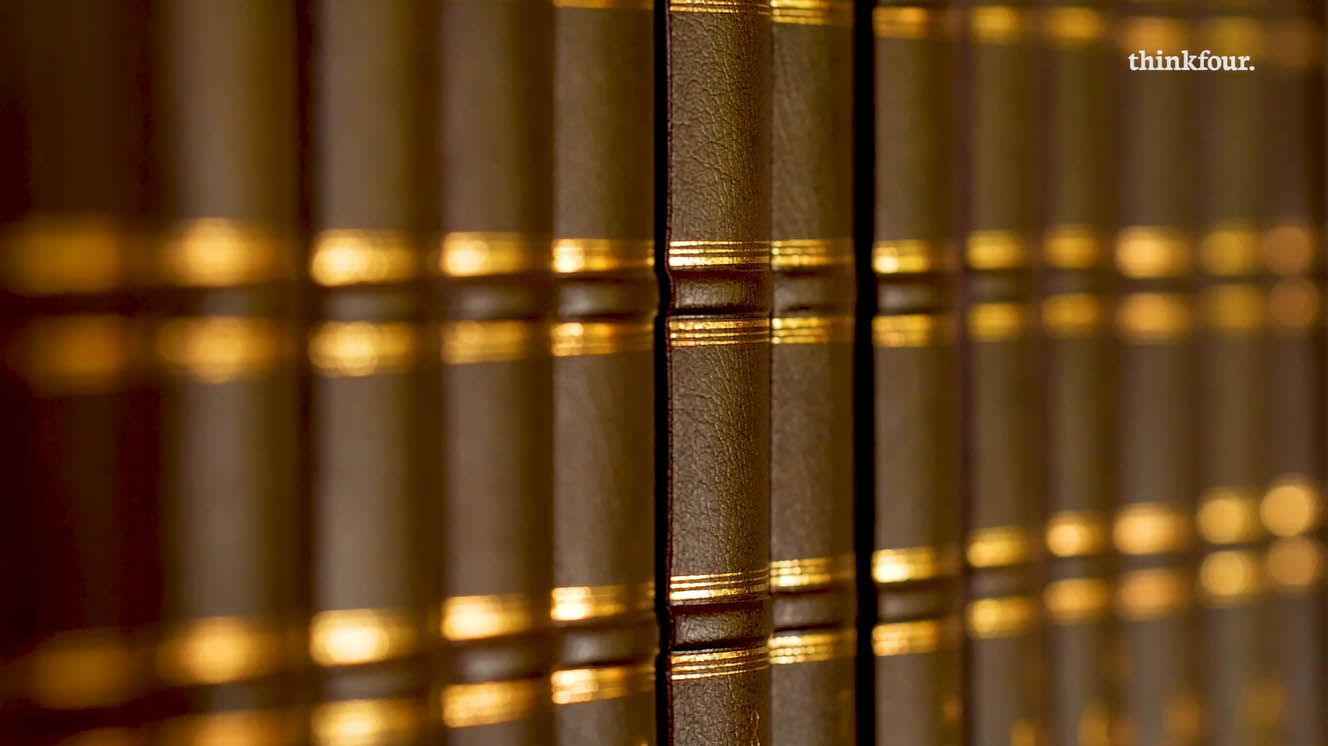