How to analyse sources of inspiration

Designers and creatives can use anything as a source of inspiration. They could be inspired by nature...by travel....by architecture.....by food. What determines what a designer will be inspired by, is usually lead by what they intend to design and for what context they intend it to be used within.

Now – if we can learn to identify the impact the designer’s choice of source of inspiration has on the aesthetics, style, function and target market of their intended piece of design, then we can learn how to articulate and justify the reasoning behind these creative decisions within a designer’s developmental creative process.

Let’s look at an example of design and the work of renowned architect, Antoni Guadi. This building , nicknamed by locals as ‘The Gingerbread House’ is situated in the main entrance of Parc Guell in Barcelona.

The ‘Gingerbread House’ has many components to analyse, which makes it easy for us to pick components of the building apart into separate factors and consider what Guadi’s source of inspiration could be.

Let’s start with the large spire on top of the roof which has a large Christian cross on it. This symbol of the Christian religion, situated at the highest point of the building shows the importance of Gaudi’s religion to him that he has used this as a direct source of inspiration to incorporate into his architectural design. The importance of this feature is further emphasised by the blue and white chequered pattern, leading the eye up to this symbol of great importance. Gaudi has undoubtedly been inspired by symbols of his religion here.

The main body of the building and the roof, made of sandstone, plaster, coloured glass, pottery, ceramic mosaic, iron and stained glass has the most unusual visual presence. This information is given to us before starting to analyse a piece of design, as is the name of the design – in this case - ‘The Gingerbread House’. Here, the marking body is giving us a clue and our brains are already programmed to question – why is this house called the gingerbread house? Well....the main body of the building has the texture of gingerbread sponged cake, and the formations of the curves within walls and windows support this idea. It looks primitive, almost childlike.... whimsical – it reminds of me of the story of Hansel and Gretel and the gingerbread house featured within the fairytale.

This idea of a gingerbread house being Gaudi’s main source of inspiration, is further identified when analysing the roof. The use of white plaster and colour moasiac tiling are reminiscent of peaked, thick icing on a gingerbread cake, with dotted sweeties represented by the brightly coloured ceramic mosaic tiles.

The last factor to cement my conclusion, is the large domed peak coming out from the middle of the roof. Covered in rouge tiles, it really does look like a massive iced gem stuck in the middle of the house, to top off the overall look. How truly marvelous is this building?!

By being able to analyse the possible sources of inspiration within a design context, allows us to delve into the thinking of designers and the creative process they have followed.

Look around you.....what could have been the source of inspiration for that plane in the sky? Or that new lamp in your house? Or that outfit you love that you saw on TV?

The design for everything all started somewhere, was inspired by something.

The fun part is working out what you might think that be....and of course justifying why you think it.

Open your eyes. The world around you is inspiring.
This was thinkfour, thanks for watching. 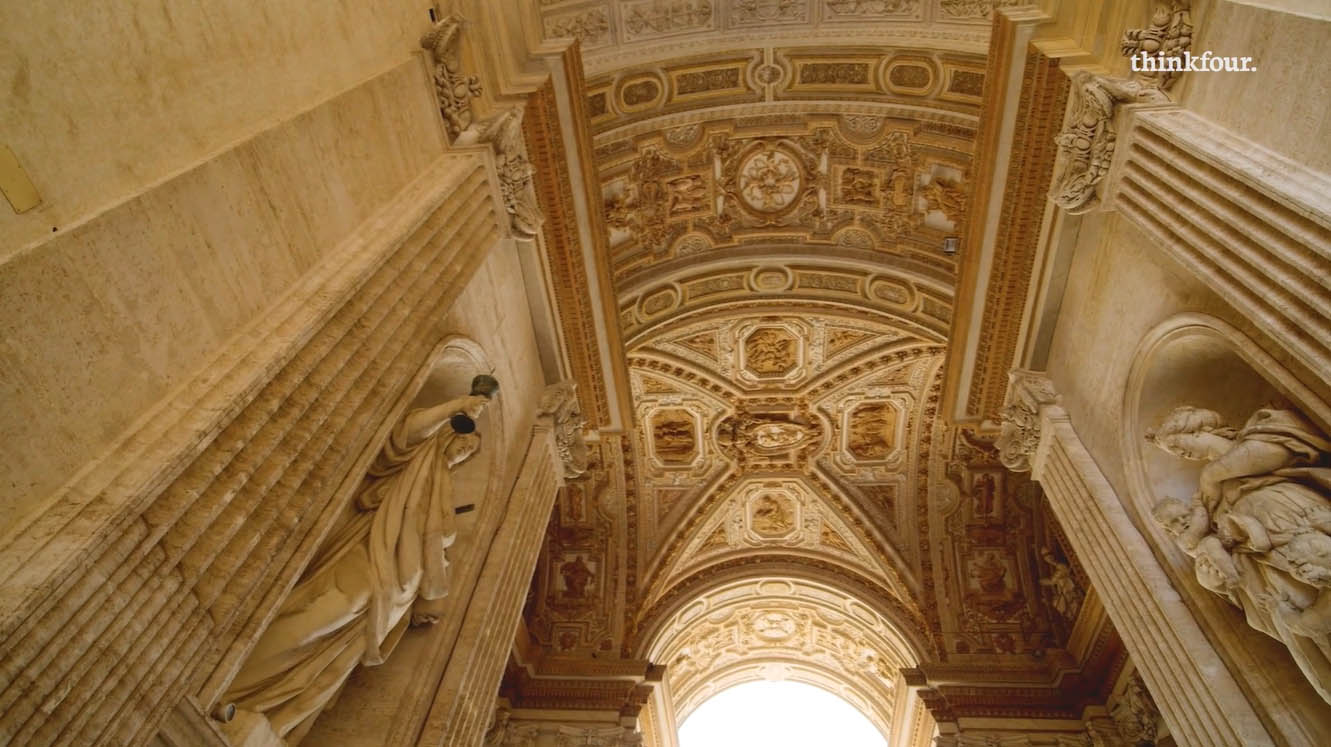