The importance of the discriminant

How do you make a boat go faster?

Powerboat racing is a multi-million dollar industry, but why do some teams win the big prizes more than others when in each race they all have the same size engine, the same conditions to race in, and pretty similar drivers?

The answer is actually simple: diagnostic analysis. Every time a boat races an on-board computer is collecting data on everything that slows it down – air resistance, water drag, weight distribution, acceleration, and so on.

After the race, the team use diagnostic analysis to understand the data and to find a solution to making the boat go faster. This approach is used from everything from making bikes for the Tour de France to designing the next generation of fighter jets.

The diagnostic tools allow us to understand the data and to work towards solutions.

Well, in Maths, we also use diagnostic tools and one of the most useful is called the discriminant. We follow different questions and steps from Powerboat teams, for sure, but the principle is the same: we use a particular process to give us information about the solution.

So let’s work out how to go faster.

At National 5 the discriminant was applied to roots of a parabola and in the Higher course we use it in wider contexts.

The most common question type using the discriminant in the Higher Maths course would be using it to find an unknown when you know the nature of the roots
But the discriminant can be used in other contexts and it isn’t always as clear that you will need to use it.

You can use the discriminant to test to see if a line and a circle intersect and there are three possibilities you need to decide between. Here you are using it like a diagnostic tool, testing to see which situation you have. This example shows the type of question that would require this approach. The discriminant is testing to see how many points of intersection there are, if any.

Maybe we underuse the discriminant. It is a quick check we can make on a quadratic to see if it has roots, but also if it will factorise at all. It can be used to determine if curves and lines cross and to prove tangency.

So as well as being a test the discriminant is also like a multitool that we can use in many different areas of the course, and that we must be able to use it well.

Just like a racing team, you have to learn to select the right tool for each bit of the job you are doing. Use the wrong tool, and you risk not solving the issue.

So if you want to do well at Higher Maths, or if you want to win the big money in the World Powerboat racing series, get a firm grip of diagnostic tools.

Maybe you want to do both? 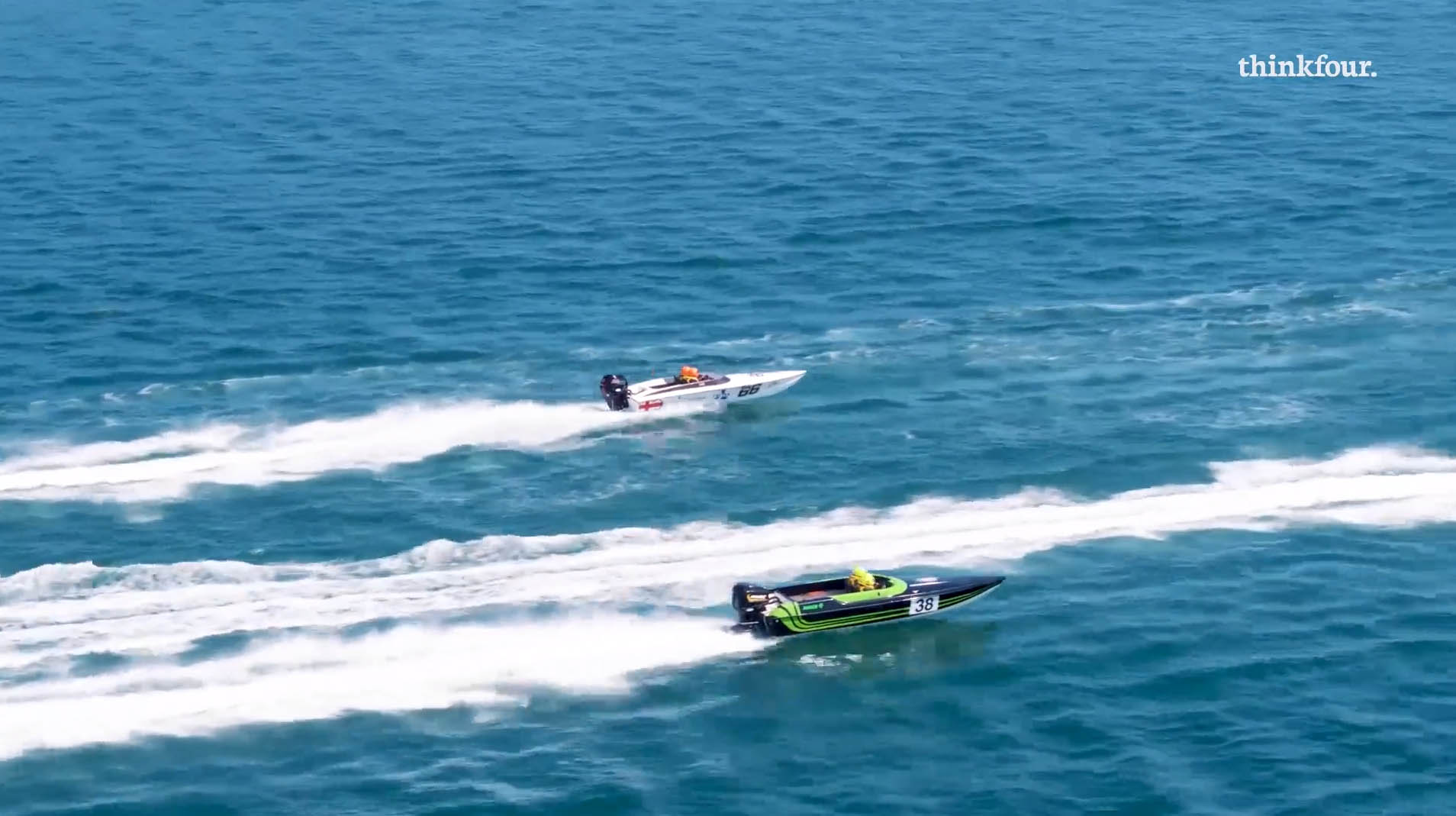