What is a logarithm?

There is no feeling quite like it. Standing on the rim of an active volcano, peering down into the crater – it is like looking into another world.

I am very fortunate to have visited many volcanoes – big and small – around the world. My favorite was Mt Etna in Sicily.

You’ve probably heard of the Richter scale which measures the strength of earthquakes. Well, geologists have something similar called the Volcanic Explosivity Index for measuring the scale of a volcanic event. Some volcanic events are tiny – really just a puff of smoke – and some are colossal – ejecting millions tonnes of toxic ash, lava and debris into the atmosphere.

The scale goes from 0 to 8, from smallest to biggest. The trouble is, how can you possibly put these things on the same scale if they are so massively different? How can one scale fit both tiny numbers and massive numbers at the same time?

The answer is, of course, to make the scale logarithmic, just like the Richter scale. An increase of “1” on the scale indicates an eruption 10 times more powerful than the number before it on the scale. Logarithmic scales are extremely powerful in Maths and science. Let’s look at them more closely.

Logarithms are important in all sorts of areas.

The pH scale in Chemistry is logarithmic and your local swimming pool is using it to control the chlorine levels and make sure the water is kept clean, but safe for you to swim in.

The decibel is a logarithmic unit used to measure sound level and it is widely used in electronics, signals and communication.

Logarithms are really just powers. They help mathematicians like you solve problems where the unknown is in the power.
If you have the equation 10 to the power x is equal to 200. Then the unknown power x is equal to log to the base ten of 200.
The first skill you should master is how to change from log to exponent form.
There are a number of rules known as the laws of logarithms. The laws apply to logarithms of any base
but the same base must be used throughout a calculation. You may be asked to use them to simplify an expression or solve an equation.

You should also be familiar with the graph of a logarithm. It has key features you should understand. The graph of y equals log x will cross the x axis at the point (1, 0). This is because the log of 1 is always zero. You can see why if you change it into exponent form. It has a restricted domain. The graph of y equals log x will not have any negative or zero x values. You can only take the logarithm of a positive number.

The final type of question using logarithms is when we start with some experimental data of the form y=axb or y=abx. You will then use logarithms to change these to the form y=mx+c. Your knowledge of log laws and the straight line will then help you solve the question.

As I’ve mentioned, there are many uses for logarithms but my absolute favourite is how they are applied to measure the power of volcanoes.

Since 1955 there have been about 50 eruptions on Mt Etna, mostly tiny things with a VEI score of 1 or 2 but back in 1815 the biggest eruption in recorded history took place on Mount Tambora in Indonesia – it ejected about 100 cubic km of material, with a VEI score of 7. And thanks to logarithms, we can have both of these eruptions on the same scale and can compare them directly. Now that’s powers!

So my advice is, master your logarithms in higher maths and then go find yourself a giant volcano to explore. Oh, and stay safe too… 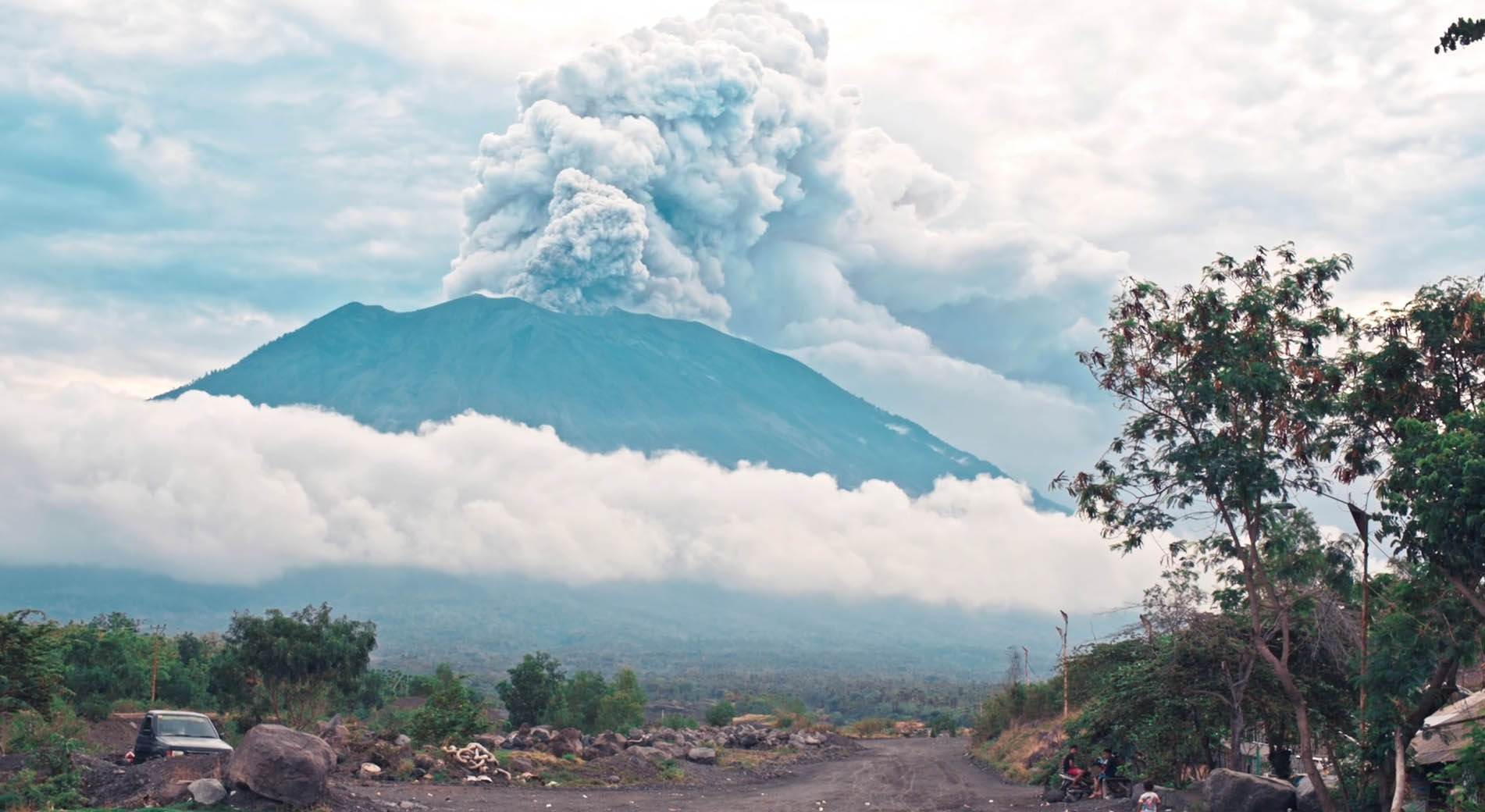