In any language we need to be able to talk about the here and now.

In Latin, just like in English, present is a verbal tense, not a verbal mood. But while present indicative is fairly easy to remember, present participle requires more attention and is, statistically, much more frequently used.

So, how does the present participle work in Latin?

Let us find out.

Participles are verbal forms used as adjectives. Let’s use the following sentence as an example: “Caesar, walking through the Forum, met with his soldiers”. In our example, “walking” comes from a verb (“to walk”) but it is used as an adjective which describes Caesar: it is he, after all, who walks through the Forum. How do we say “I walk” in Latin? That would be “ambulo”. And how do I change “I walk” into “walking”? By changing the -o ending of “ambul-o” into “ambula-ns”. The -ns ending tells us that the verb is no longer a present indicative, but a present participle. This -ns ending rule applies to all verbs. So, “Caesar fighting” would be “Caesar pugnans” a participle which comes from pugno, meaning “I fight”; “Caesar talking” would be “Caesar loquens”, from loquor, which means “I talk”; “Caesar seeing” would be “Caesar videns”, from videor, which means “I see”.

There is another question that we need to ask ourselves, however. What logical purpose does Caesar serve in our example? Well, it is Caesar who walks through the Forum, right? Therefore, Caesar is the subject – or nominative – in my sentence. So, here comes the question: does this -ns ending rule apply to cases other than nominative? Well... NO!

The participle works as an adjective, and just like all adjectives, it declines, too. For the remaining cases (accusative, genitive, dative and ablative), the participle employs the endings of the 3rd declension nouns. The same declension of words such as dux, or princeps. Therefore, the accusative of “walking” would be ambulantem, its genitive “ambulantis”, its dative “ambulanti” and its ablative “ambulante”.

Do these forms have anything in common? Yes, they do: it is the “-nt-” suffix that precedes the ending. This makes them easily recognisable. So, “Caesar walking through the Forum” would be “Caesar per Forum ambulans” Why ambula-ns? Because Caesar is in the nominative case, thus the -ns ending. On the contrary, the sentence “I saw Caesar walking through the Forum” would be “Caesarem in Forum ambulantem vidi”. Why ambula-nt-em? Because Caesar is no longer in the nominative case, it is in the accusative, since I am the one who saw him walk.

Perhaps, it is a bit too early to teach my daughter any Latin: we already have quite a few things to disagree on!

One thing is for sure, though: had she been born in Roman times, she would be using the present participle on a... rather regular basis!

This was ThinkFour.
Thanks for watching. 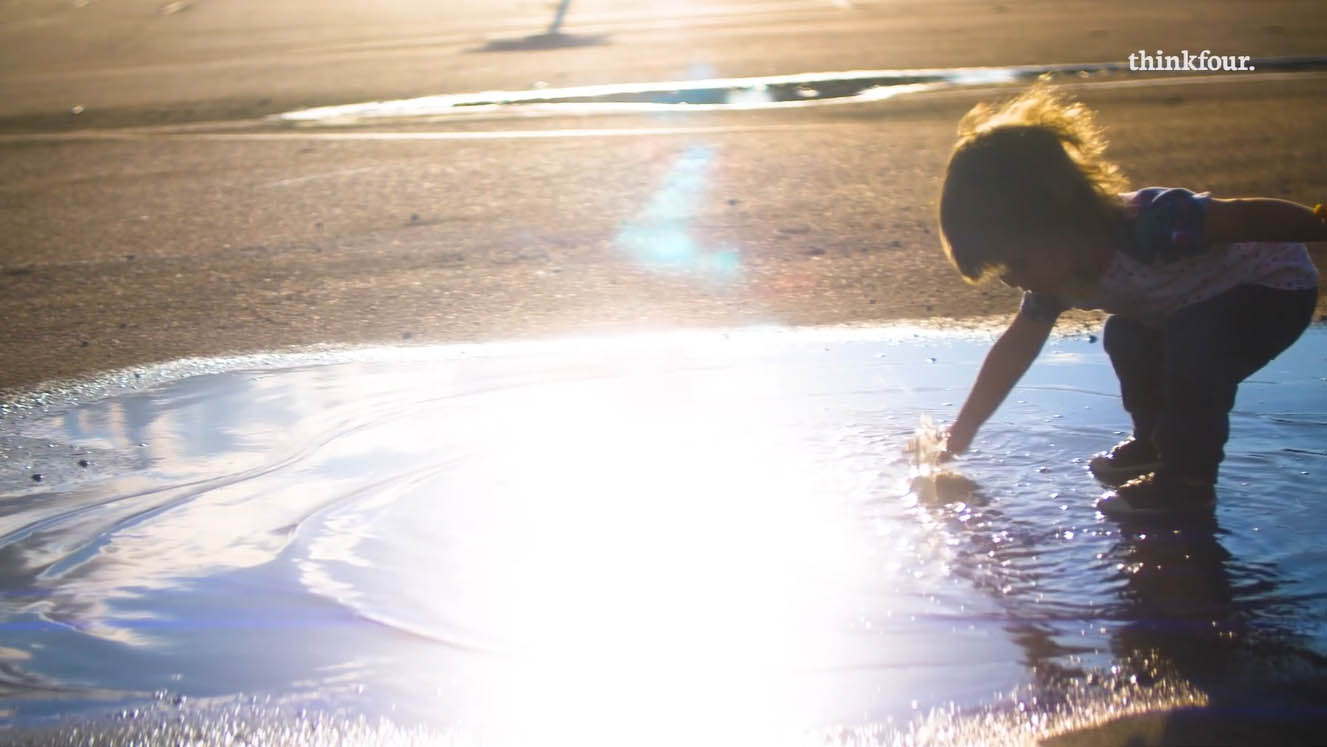