We have all felt the wind in our hair. It can be invigorating. Wherever we are in the world – on a beach, on a mountain top – it can make us feel alive. For me, it is the true feeling of being outside and in nature.

Wind can feel chaotic, but it is not. It is predictable and it's actually easy to explain.

If we can understand atmospheric circulation systems, everything else falls into place – biomes, weather patterns, food production, even flight paths and sailing routes.

So, relax, put the wind in your sail, and let’s work out how this all fits together.

The redistribution of energy is all based on three very simple principles.

‘Lighter’ warm air rises and ‘denser’ cold air sinks, and in doing so, a convection cell is created.

This cycle of warm and cold air allows both the Hadley and Polar Cells to redistribute energy from areas of thermal surplus to deficit.

Because they are powered by the warming of the surface, we call these cells, ‘thermally direct’ - an excellent term to include in a Higher response.

The Ferrell Cell sits between them and is described as ‘thermally indirect’, as it is not powered by surface heating, but by the motion of its two neighboring cells. Think of it like a free cog, sitting in the middle of two powered ones.

These cells transfer temperature, moisture and also cause differences in latitudinal air pressure.

But how does a convection cell influence what we feel at the surface? The answer can be found in how they influence the movement of air. Taking us to principle two, wind direction.

The trade winds, westerlies, and polar easterlies are a direct result of changes in pressure and nature's basic principle, that fluids – which includes air – move from areas high to low.

But why do surface winds all seem to blow at a strange angle? For that we will have to move to principal three, deflection, and the work of Gaspard-Gustave de Coriolis.

The Coriolis force causes air to deflect and creates a mirroring effect of surface winds between our Hemispheres.

It is created by the movement of the earth as it rotates on its axis. The speed of this movement changes depending on your latitude because the earth is a sphere.

The rotational speed of the equator, the widest part, is greater. It has to work harder to keep up with the poles. It is this difference that creates a deflection of air.

This is why, in the Northern Hemisphere, as winds move from the north, they blow from the NE. They have been deflected by the Coriolis force.

So close your eyes and turn to the wind and appreciate the innovative work of Coriolis.

The process of how thermal energy is redistributed is amazing.

It is built on simple physical principles and yet it creates air flow patterns that affect pretty much everything we do.

So I say let your hair down and embrace the winds of change.

Thanks for watching; this was thinkfour. 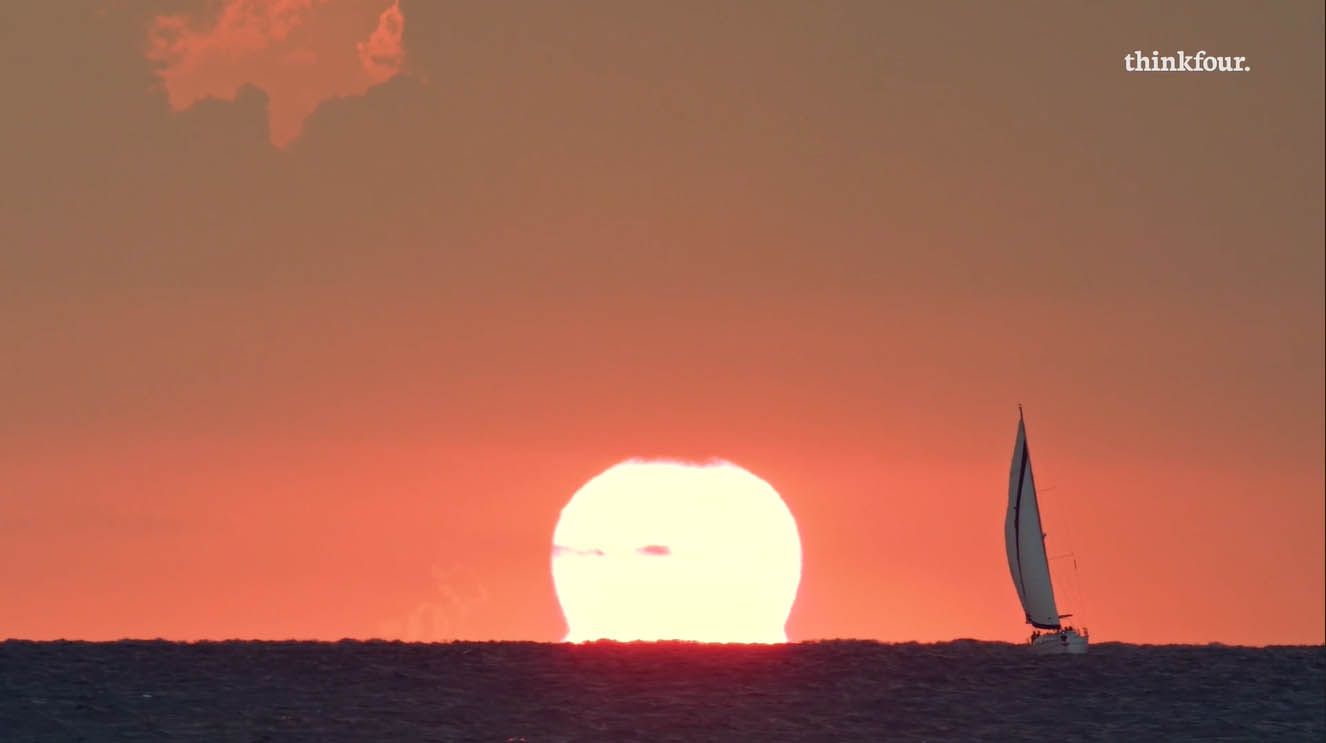