They are found on every part of the globe, from microscopic algae in the oceans, to massive Giant Redwood Trees, growing to over 100 metres tall on the west coast of North America.

But did you know that without green plants, there would be little, or no, life on Earth? They are the link between the Sun’s light energy and all the magnificent diversity of life on our planet. And, surprisingly, it is all about sugar.

Using the light energy, water and carbon dioxide they produce chemical energy, in the form of glucose, which then passes along food chains to all other organisms.

So let’s look at the main process that produces the sugar glucose; the Calvin Cycle.

One lump or two? This is Thinkfour

The whole process of photosynthesis takes place inside plant cell organelles, called chloroplasts. The light dependent stage takes place in the grana of the chloroplast. Here, the light energy is trapped by the green pigment, chlorophyll. This results in oxygen being released, as water molecules are split during photolysis, and the generation of NADPH using the hydrogen ions. ATP is also generated as hydrogen ions pass through ATP Synthase in the grana membrane, before being combined with NADP to form NADPH.

The ATP and NADPH are needed for the Calvin Cycle, along with carbon dioxide, to produce glucose. Let’s take a closer look at this cycle to see how it works.

The Calvin cycle, or carbon fixation stage of photosynthesis, occurs in the fluid-filled central part of the chloroplast called the stroma. The cycle converts carbon dioxide, which has diffused from the air into the chloroplast, to glucose in a series of enzyme-controlled reactions using the ATP and NADPH generated during the light dependent stage, as you’ll see on this graphic. As this is a continuous cycle, where is the best place to start? Let’s begin where carbon dioxide is picked up.

The enzyme Rubisco causes the carbon dioxide to combine with Ribulose Bisphosphate, or RuBP. This compound is almost immediately broken down into a molecule called 3-phosphoglycerate, or 3PG. This is where the ATP and NADPH now come in. The ATP is used here to provide energy, but also to phosphorylate the 3PG by adding phosphate.

At the same time, the hydrogen from the NADPH is also added, converting the 3PG into glyceraldehyde-3-phosphate, or G3P. At this point, one G3P is removed and the other G3P molecules are then converted back into RuBP. More carbon dioxide is then picked up by the RuBP and the cycle occurs once again.

A second G3P is removed and is combined with the first to produce a single molecule of glucose. It takes two cycles to produce this one glucose molecule.

The production of this glucose is vital for plants as they then use it to make all of their organic molecules such as cellulose, starch, amino acids and many other cellular metabolites. These are the molecules that will pass on the energy to all other organisms in food chains once the plant is eaten. So you see, the Calvin Cycle is integral to every single living organism on Earth, not just green plants.

Are humans really the most important species on the planet? We may think we are, but without plants trapping the light energy from the Sun and carrying out this cycle, the planet would look more like the surface on Mars than our beautiful, vibrant world.

Perhaps we should all think about that more before cutting down huge areas of forest, removing the plants that naturally recycle the carbon dioxide we are filling our atmosphere with.

Maybe, we’re getting a bit too full of our own importance? It’s your call, you decide.

This was thinkfour; thanks for watching 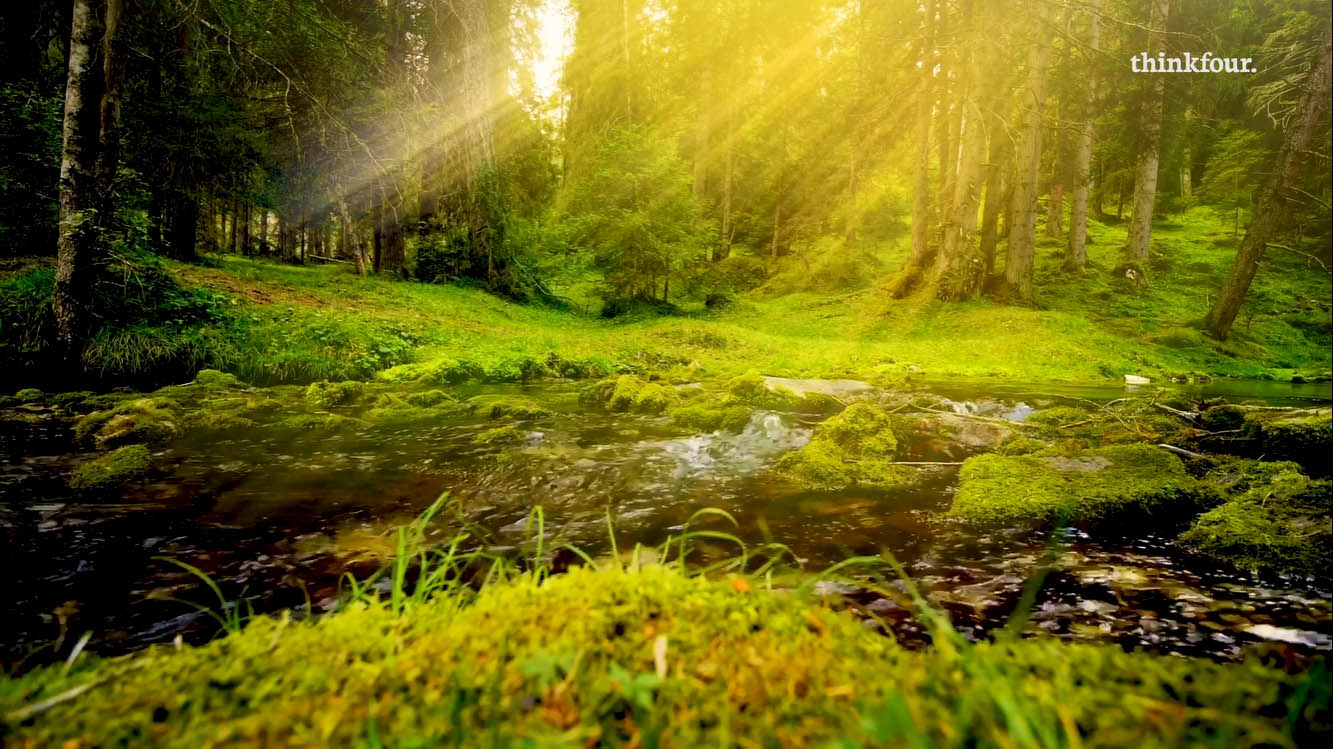