When I was younger, we went on a family trip to Florence in Italy. It is an amazing city with soaring red-tiled buildings, art galleries, and most importantly, ice-cream and pizza at every turn. I loved it.

My mum was insistent that we queued up for hours in the baking heat to get into the Uffizi Museum because it contains one of the most famous statues of all time: Michaelangelo’s David. It’s a massive sculpture of a man preparing to do battle with the giant Goliath.

But David wasn’t just made to look good – it was also intended to communicate a political theme that was very important at the time. It symbolized the power of smaller and younger combatants; it was meant to act as a political warning to Florence’s powerful neighbours in Rome, a warning that giants can be slain if they underestimate their enemies. David was even originally positioned with his eyes facing toward the enemies in Rome. It is a statue about power.

So we can appreciate David not just for the skill and craftsmanship of the artist but also the message Michaelangelo wanted to send and the theme he wanted to explore.

Well it turns out that this use of themes is very common in Art, and it is something you need to be able to grasp for Higher English.

Let’s think this through.

When I say art I don’t just mean sculptures or paintings; I mean novels, poems, plays, films, TV, dance, music – every kind of art. The theme is what we takeaway; themes are often big ideas and those big ideas, ink that one piece of art to the wider world.

Theme is an important literary device that writers use to make us think about universal ideas. If we can think about the theme of a text and link it to our own thoughts about that text, we are showing the examiner that we have appreciated the text, as a whole, and thought about how the writer has crafted it with key themes, messages and ideas in mind. So, it is important that we reference theme throughout our critical essays.

OK, so how do we work out what that theme is in our chosen text?

For example, if we think about themes in “The Great Gatsby” by F Scott Fitzgerald, we can come up with a huge variety of themes that appear in the novel, such as love, the American Dream, betrayal, and social class. But we can’t mention all of these in an essay. If you did your essay would lack detail and focus.

So, how do you work out which theme to pick?

I think of the central theme as the essence or the heart of the story. If you had to explain the story to someone in a few words, without mentioning characters or any details, what would you say that story is about? What does it boil down to?

To me, “The Great Gatsby” is a story about the American Dream: that is what lies at the very heart of this novel. Everything leads back to it. And that is what you are looking for with a theme.

Once we have worked out what our main theme is, we need to include it throughout the essay.

Some essay questions ask you consider the importance of a theme, so those questions lend themselves to a very clear focus on theme. That’s easy.

Other types of questions, about the setting, key scenes, relationships or characters, for example, need a focus on theme too but you need to work a bit harder to include it.

I suggest to my classes that theme should always be mentioned in the introduction and conclusion of an essay, and should also appear in your analysis, throughout the essay. You should always be linking your analysis of chosen quotations back to the theme, as that shows your understanding and appreciation of the text as a whole.

It always comes back to the theme.

So, coming back to Michaelangelo’s statue of David in Florence...it was sculpted about 500 years ago, but the theme of power is universal and is something we can all reflect on and appreciate today.

Understanding the theme allows us to understand the statue. Context is everything in art and in literature – look beneath the story and it will all make sense. 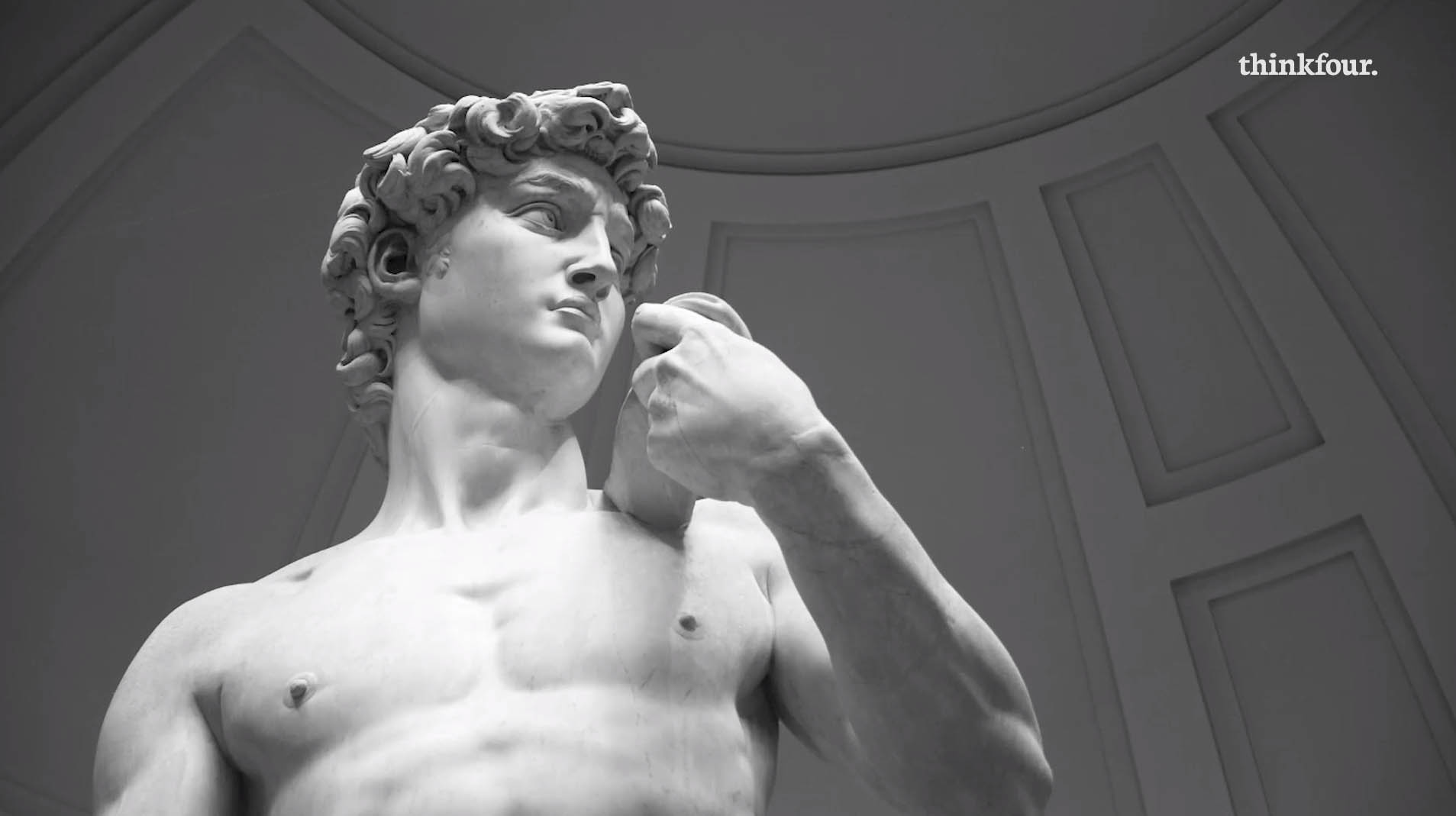