In Scotland we’re used to rain, but did you know there are over 100 Scottish words for rain? Smirr and drookit are my favourites. As a nation, we love talking about the weather, but why do we do it? In some situations, weather talk is an icebreaker or it’s used as an excuse for a moan.

Having studied Hydrosphere, you’ll understand the importance of rain in the water cycle and you’ll know that hydrographs are a tricky skill in the exam - you could say they’re disliked about as much as rain. But there’s no need for this question to leave you feeling dreich, so let’s reign in the facts and discuss how to interpret and analyse a hydrograph.

So, what exactly is a hydrograph? Well, it’s a graph that shows how a river is affected by a storm.

And why’s it important? Because it helps to predict flooding and plan flood prevention measures.
Now that we have our definition, let's simplify things further. When you think about a hydrograph, consider it as two basic graphs: a bar graph that shows rainfall, and a line graph that shows river discharge, which is just another way of saying volume of water.

In the exam, you’ll be expected to use a hydrograph to describe changes in discharge and suggest reasons why these changes may have occurred.

So where do you start? Well, begin by describing the graph – it's the easy bit. To describe the graph, you should comment on the following features:

Peak discharge, which is the highest point on the line graph, will occur when the river reaches its highest level. You should quote a figure for peak discharge in your answer, remembering to note the unit of measurement – cumecs. You will also want to compare the peak discharge to the base flow, which is the normal flow of the river.

The lag time, which is normally measured in hours, can be calculated by working out the delay between the peak rainfall and peak discharge. Although we’re not looking to explain the graph yet, the lag time is a useful indicator as to whether the hydrograph is indicative of an urban or rural area.

Lastly, when commenting on the rising and recession limb consider whether they’re steep or gentle? This will give you an idea as to how fast the river is responding to the rainfall, and will help with your interpretation.

Now which factors could you use to explain your graph? Well, let’s consider this using an urban hydrograph. If a drainage basin floods, you would assume the following characteristics:

● A large number of tributary streams, which carry water to the main river quickly
● A steep catchment area that causes water to flow overland more quickly
● A small, narrow basin, which means water has less distance for through flow or surface run-off to reach the river
● Impermeable rock which reduces percolation and means that the soil becomes saturated quickly
● Urbanisation, which means more drains to quickly deliver rainfall to the river, and tarmac which prevents infiltration and creates a faster surface run-off

So, there you go, that wasn’t as bad you thought, right? I suppose it’s a bit like the rain, as much as we enjoy a good old moan about it, where would we be without it? Well, for a start, you’d be 11 minutes better off each week, which is the average amount of time we spend checking the forecast on our phones. So, the next time you find yourself checking or discussing the weather, consider practising a hydrograph question. It could really help you to create a belter of an answer.

Thanks for watching; this was thinkfour 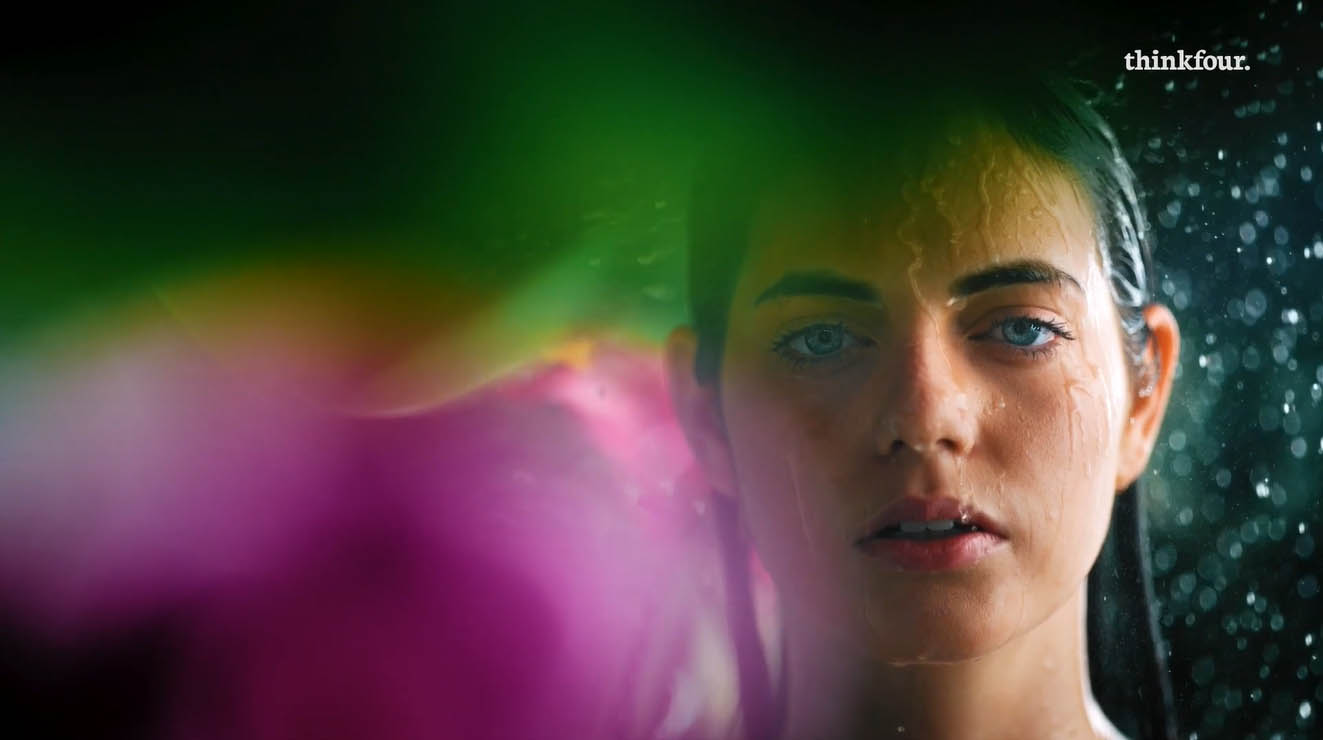