The sign of a great music gig when I was in my teenage years was that I had a ringing sound in my ears and that my body was aching. I loved being right near the front where I was blasted by the huge speakers, caught up in the sway of the crowd and involved in any mosh pits that were happening. The energy from the band was tangible through how I reacted to the beats. If it got too much, I would head towards the back of the venue where I could catch my breath and didn’t feel as much of the impact of the band’s energy. In other words, the distance I was from the stage area directly affected the influence the music had over me – when I was close, it was powerful; when I was further away, it influenced me less. This is similar to how an electron experiences the pull of the nucleus. How attraction is affected by distance.

So grab a Periodic Table and let’s look at the Chemistry.

Moving across the second period in the Periodic Table from Lithium to Neon there are three factors you are aware of. The ionisation energy and the electronegativity increase, while the covalent radii decreases. This is all due to the effective nuclear charge. Within an atom there is an electrostatic attraction between the protons in the nucleus and the surrounding electrons. Going across the fore mentioned period we notice that the number of protons increase, shown by the atomic number, while the number of energy levels is the same. This results in the electrons experiencing a greater attraction from the nucleus, known as the effective nuclear charge. With this increased pull from the nucleus, electrons will be harder to remove and are drawn closer to the nucleus. Just like me being close to the stage, where the power of the music is stronger and has a much greater influence.

This explains why Fluorine is the most electronegative element with 4.0 on the Pauling scale. It has a low number of energy levels while having a relatively high number number of protons. This leads to Fluorine being a strong oxidising agent and being able to even form compounds with Noble gases such as Xenon difluoride. Atom diagram of fluorine

Lets now go down a group and study what happens to the effective nuclear charge. Going down a group increases the number of protons in the nucleus so therefore the nuclear charge. Why is it then that the ionisation energy and electronegativity decrease? This is where we must consider the number of energy levels. As the number of energy levels increase, the outer electrons experience a lower effective nuclear charge. The electrons on the inner energy levels shield the nucleus from the outer electrons, therefore weakening the grip that the nucleus has. This explains why elements at the bottom left of the Periodic Table are the least electronegative and with lower first ionisation energies. Just like me at a gig, near the back of the crowd, with thousands of people between me and the stage – the power of the music is less, its influence on me reduced. Group 1 of the Periodic Table

This electrostatic attraction between the nucleus and electrons has a major role into the structure and properties of compounds. So the next time you are in the sway of a crowd being impacted by the energy of music, imagine you are an electron and the potential you have to impact the world around you.

And, by the way, if you are standing so close to the stage that your ears are ringing, you are too close…move back. 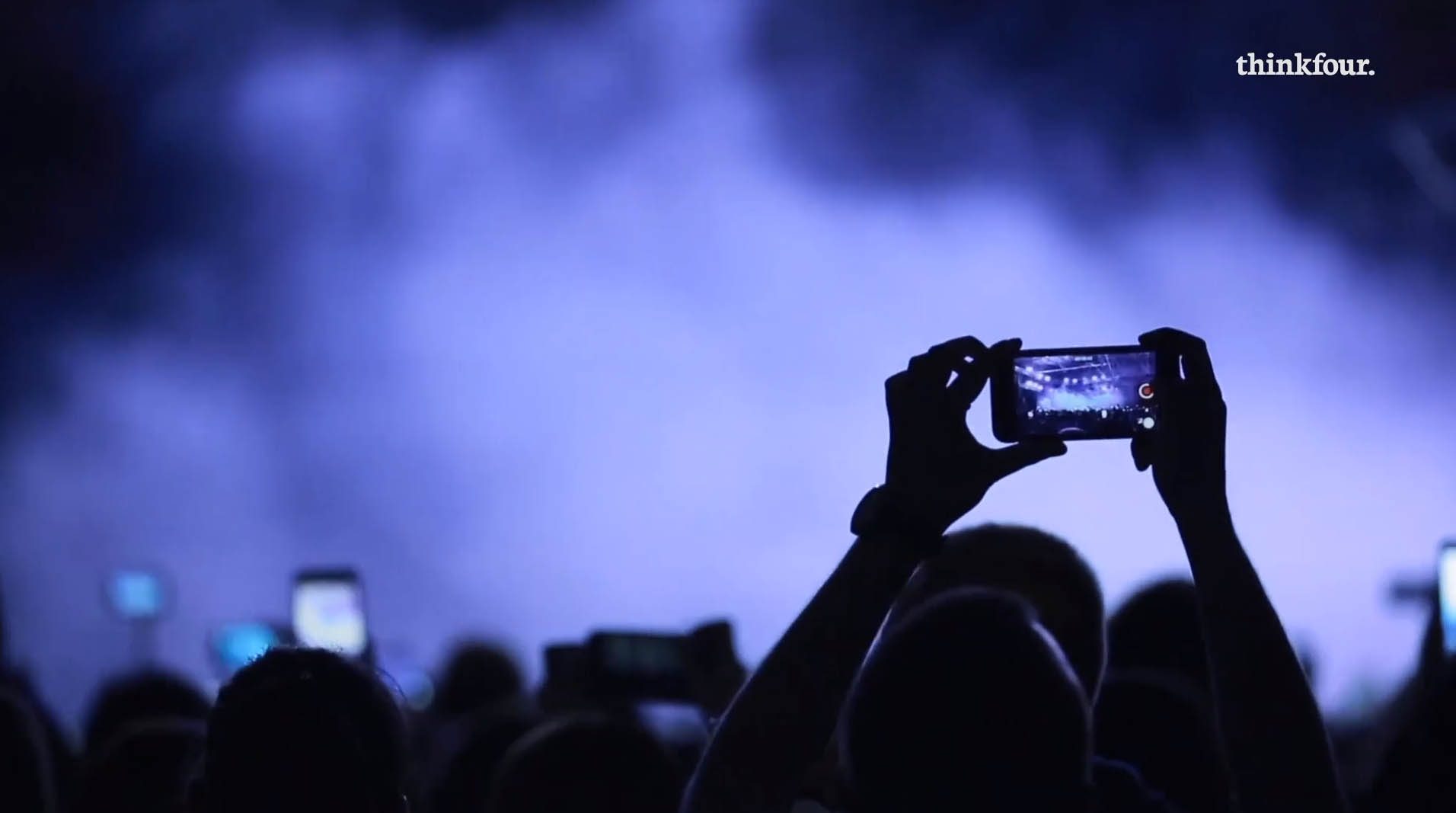