I want to talk to you about salt and diamonds.

Near where I lived in South Africa there was an impact crater caused by a meteorite hitting the earth about 220 thousand years ago. The crater filled with water from the ground springs and the rain and was rich in sodium chloride ions. The area is known as ‘Tswaing’, the place of salt. People from as far back as 100 thousand years ago would harvest this salt.

In the same country, in 1867, the first diamond was found, known as the Eureka diamond. Four years later, some more were found in an area now called Kimberley, leading to a diamond rush and to one of the substances that the country is known for.

Salt and diamonds could hardly be any more different to each other. The availability and cost are at opposite ends of the scale. In chemistry terms, the bonding, solubility, conductivity look so different. However, there is a connection, and that is what we are going to be looking at in this video. I want us to explore why some substances have different kinds of chemical bonds, and what implications this has.

The first question to ask is about the two main types of bonding – ionic and covalent, of which there is both polar and non-polar covalent bonds. I then want us to consider that the relationship between them is down to electronegativity.

Remember that all bonding is an electrostatic attraction between nuclei and electrons. The
electronegativity of an element tells us how much pull the nucleus has on the electrons in a bond. Let’s say that we have a chlorine molecule – two Chlorine atoms connected by a covalent bond…but why?

As it is two of the same atom each will have the same electronegativity and therefore the same pull on the shared pair of electrons. In this situation we have a non-polar bond, also known as a pure covalent bond.

So if we have a bond between atoms where the electronegativity difference is less than 0.4 we will have a pure covalent bond. This helps explain the covalent network produced in diamond and the properties associated with it.

Now lets use water as a different example. Oxygen has a electronegativity of 3.5 compared to hydrogen with 2.2. Oxygen, therefore, has a strong ability to attract electrons towards itself. Remembering that electrons are negatively charged, we now have a situation where part of the molecule has a partial negative charge. Which, of course, leaves a partial positive charge on the hydrogen.

This results in a polar covalent bond. The shared electrons are not shared equally and this has a major impact on the properties of water, including why ice floats, why rain drops form and why many substances are able to dissolve in it.

If our electronegativity difference between two atoms is greater than about 1.8 then we enter the ionic bond territory, where one of the atoms has so much more attraction for the electrons that it removes them from the other atom. For example, sodium chloride is ionic due to chlorine having an electronegativity of 3.0 compared to sodium’s 0.9.

Chlorine is able to gain a full negative charge and leave sodium with a positive charge.
These ions are then attracted to each other to form an ionic lattice and results in the highly useful substance that seasons our food or keeps our roads clear in winter.

Salt and diamonds impacted South Africa very differently. But the joy of chemistry is discovering the deep connections between these substances that look so different from the outside. 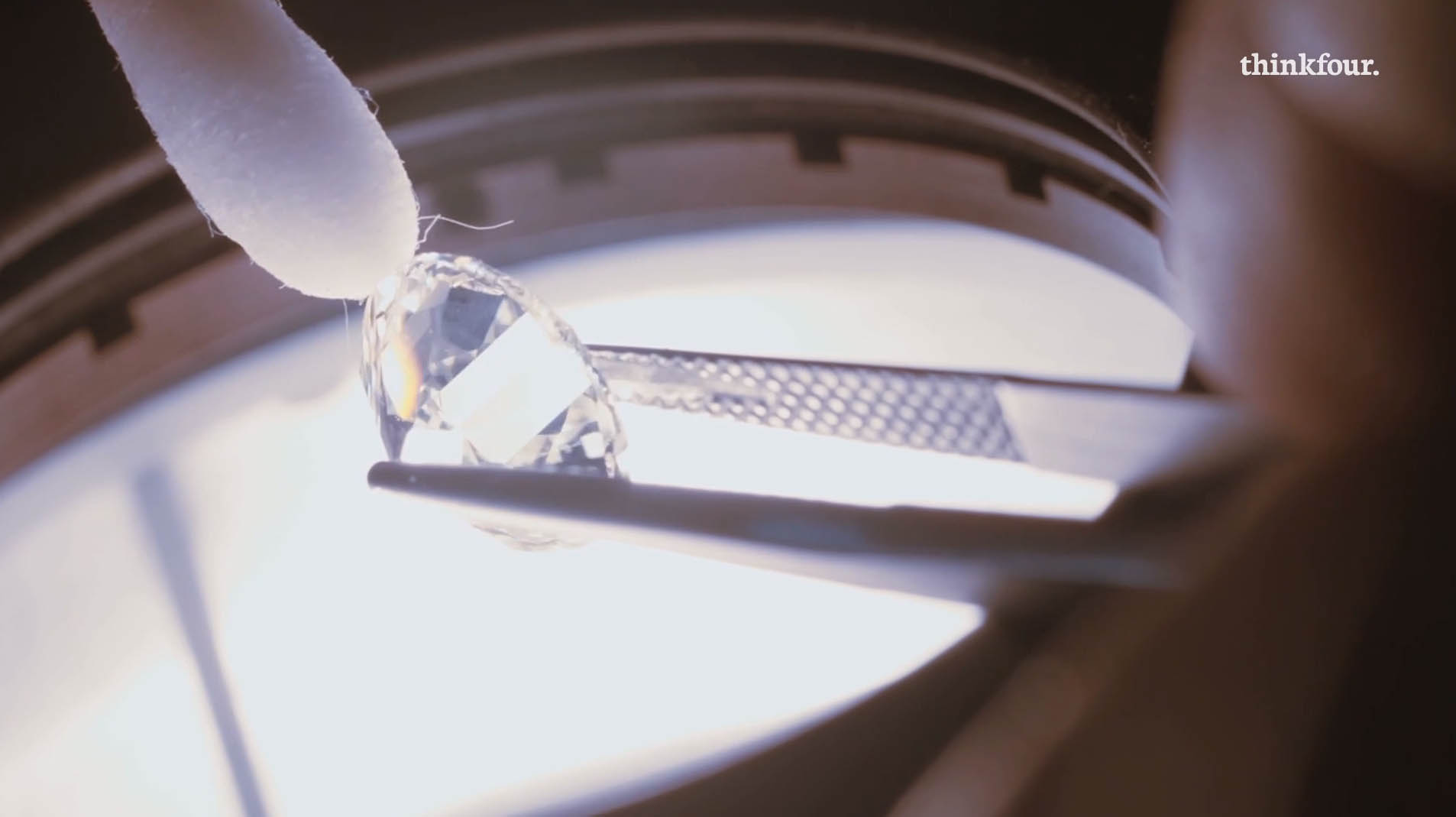