In my early teenage years, I loved the annual fair in my hometown. The atmosphere and the excitement of some of the attractions… I was pumped up with adrenaline and sugar.

One of my favourite attractions was the bumper cars. I don’t know what it was but the rivalry, the battle in these wee cars was exhilarating.

Building up as much speed as possible and hitting the right spot for the maximum impact. I am not sure how safe they were, but the goal was clear. If your target jumped, that was a win.

This reminds me that the nanoscopic scale is not that different from what we can experience in real life. Molecules are going to bump, collide into each other all the time and if the speed is right, if the direction is right. Something more than just a win will happen.

So you might want to wear a helmet as we throw everything in and go head first into collision theory.
This is thinkfour.

Not all molecules colliding will produce a chemical reaction. In bumper cars, if you hit another car, head on, on the side or at the back, you won’t get the same result. And that’s exactly what happens at the nanoscopic scale. If Chlorine collides with the CH3 of propene, nothing will happen, they will bump and go their separate way. But if Cl2 hits the double bond, at the right angle, an addition reaction will be possible. I am using a lot of conditional here… should, could, might… Why am I not sure?

Another important condition needs to be just right. In my bumper car, if I bump into another car at low speed, not much will happen, and we’ll go our separate way. But if I accelerate and collide at full speed. BAM! I win!

But this distribution is not set in stone. What if we increase the kinetic energy of all the molecules in our solution? Increasing the temperature of the solution will shift the whole curve to the right and now more molecules will have enough energy to react, the rate of reaction have increased.

Another way to get more molecules passed the activation is to… move this activation energy line. We’ve seen in episode 12 that a catalyst can reduce the activation energy by using a different pathway for the reaction.
So here you have it. Tiny nanoscopic bumper cars constantly colliding with each other and if the angle or the collision geometry is right AND if the speed or kinetic energy is enough, a little win will occur here and there and the chemical reaction will happen.

And if you remove the speed limits from the bumper cars, that would lead to many more big collisions. Just like increasing temperature for a chemical reaction.
Now if only I could have done that on my bumper car when I was ten!

This was Think Four. Thanks for watching. 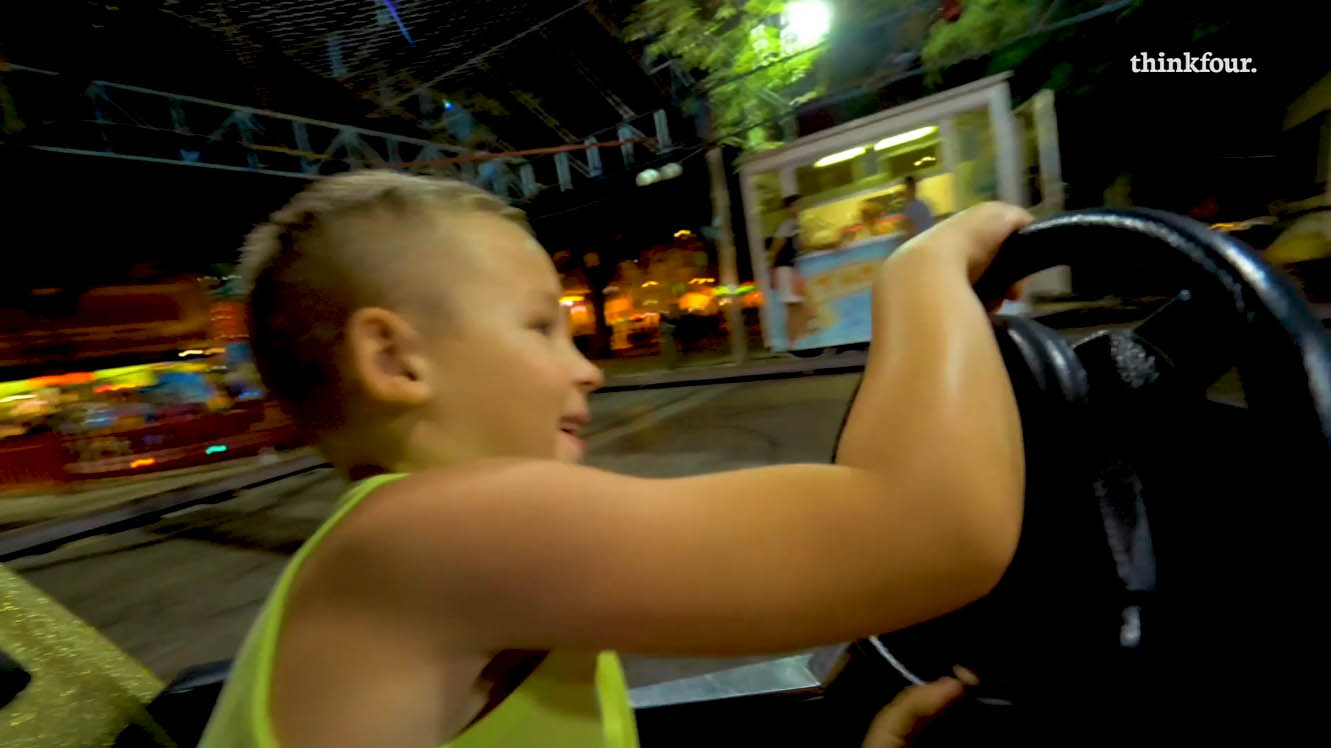