It’s really bad for me but I love sweeties.

Of all colours, shapes, form, taste, smell... I can’t resist.

Even the liquorish one that disgust a lot of people. I am especially fond of the banana shape ones.

But did you know these have actually never seen a real banana in their production. Nope, the taste and smell is entirely synthetic. Inspired by nature but completely man-made thanks to a chemical reaction.
But what delicious chemicals are hidden behind these tasty sugary treats? You don’t have to look very far... Two of your already well-known family of carbon compounds are involved.

Esters are a family of organic molecules produced when the hydroxyl group of an alcohol reacts with the carboxyl group of a carboxylic acid. The compound newly formed will present the ester link and water is the other product formed in the process known as a condensation reaction.

Esters will get their composed names from the alcohol and carboxylic acid they come from. The first part derives from the alcohol part with the ending “-yl”. For example, if ethanol is used, the name of the ester will start with “ethyl”. The second part of the name comes from the carboxylic acids used with the ending “-oate”. So if we use methanoic acid, the second part of the ester name will be “methanoate”. The complete name for an ester made out of ethanol and methanoic acid will then be “Ethyl Methanoate”.

Esters are extremely easy to make, and an easy method can be followed to produce them:

We start by gently heating in a water bath a mixture of equal volume of alcohol and carboxylic acid with a few drops of sulfuric acid
After a few minutes, it is removed from the heat and mixed with a solution of hydrogencarbonate to neutralise the sulfuric acid. Carbone dioxide is given off in this neutralisation reaction.

Esters are immiscible. So they will naturally separate and form a layer at the surface of our solution. You will know that your experiment is successful because esters are scented compounds, and a characteristic smell will emanate from your product.

This experiment tells us a lot about what esters are and what their properties can be:

Esters are so much more volatile than the alcohol and carboxylic acid they derived from. This comes from their relatively low boiling point. But how can a compound made up of two molecules have a lower boiling point? Ethanol: 80C. Methanoic acid: 100C. So how come Ethyl methanoate boils only at 54C? This is due to the presence of hydrogen bonding in the 2 parent molecules which will make them have a relatively high boiling point compared to their ester offspring which do not have an O-H bond.

Esters are used in a wide range of applications. But the most noticeable is their use in scented products like perfumes and flavouring used in the food industry. Less visible but much bigger quantities, it's their use as solvents. They are able to dissolve many non-polar substances and because they have a low boiling point, they tend to evaporate quickly which makes them ideal for paints and nail varnish.

And here it is, 3-Methylbutyl ethanoate, the flavour known as Banana oil which occurs naturally in the banana plant but is also produced synthetically for the food industry.

So next time you indulge in a packet of your favourite sugar hit, thanks chemistry for the sweet taste of success.

This was think four. Thanks for watching. 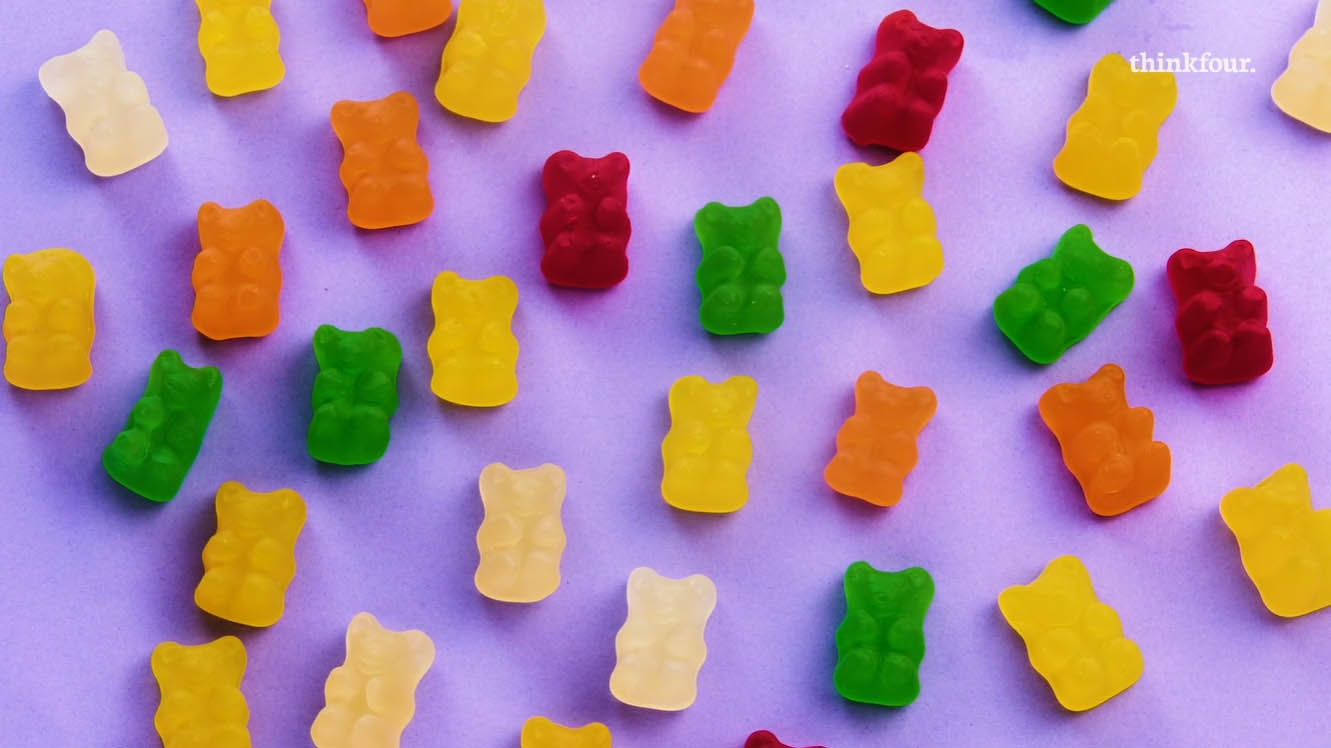