Have you ever had a really good idea that nobody takes seriously? I know I have.

A century ago, Serbian scientist Milutin Milankovitch hypothesized something new and incredible….something of such phenomenal scale that, at first, he was not taken seriously by anyone.

He speculated that long term cycles in the earth’s climate – periods of extreme cold and heat – could be explained by the mechanics of the solar system and changes in how the earth moves around the sun.

He believed that his theory could help explain the beginning and end of ice ages past, and even allow us to predict ice ages of the future.

This theory is not just about orbital patterns, but the axial tilt of our planet too.

It can be broken down into three types of change that are surprisingly easy to explain. Let’s start to unpack each.

Change one is Orbit Eccentricity.

This refers to the pattern of earth’s orbit around the sun, from a circular pattern to an oval.

The point at which Earth’s orbit is farthest from the sun is called the aphelion and the point when it is closest is called its perihelion.

A circular orbit means that throughout earth's yearly rotation its distance from the sun is consistent – there is a small % difference between the energy received at its perihelion and aphelion.

As a result, seasonal variations of energy are minimized, and we do not see extremes in temperature change.

However, an oval orbit results in a greater % difference - up to 30%! Meaning an oval aphelion can be very chilly.

These changes do not happen overnight. It takes between 96,000 and 130,000 years for a full cycle of orbital change.

So don’t worry, those rising fuel bills are not a consequence of earth's eccentricity just yet!

Axial precession is the movement of the earth’s axis as it rotates around the sun.

Think about a spinning top.

When you give it a good spin it stays upright, but as the momentum drops the spinning top starts to wobble and the positioning of its axis changes.

It's the earth’s bulging equator, as well as the gravitational pull of the sun and moon that makes it start to wobble.

Over time as the wobble becomes more pronounced, the direction of the earth's axis changes.

But what could this result in?

It would alter the seasons dramatically as it would switch the aphelion and perihelion of our hemispheres.
We would spin into distinct seasonal contrasts. Blistering summers in the northern hemisphere and shattering winters in the south.

This change happens on a timescale of approximately 13,000 years. It is quite strange to think that we live in such stark polar opposites to those who lived all those years ago.

Axial obliquity refers to changes in the angle of the earth's tilt.

The earth's tilt also influences the seasons as it controls the angle at which the Earth faces the sun.

When the north pole is tilted toward the sun, the northern hemisphere enjoys summer.
The axis tilt is not fixed and can change by approximately 2 degrees over a period of 41, OOO years.

This shift is significant enough to move the equator northward. This would have huge consequences on other climate processes such as oceanic and atmospheric circulation.

Could we become a planet of two halves? One ice, one water?

How would that impact population, agriculture, travel, and commerce?

The next time you approach a question on the causes of climate change, remember the big three:

Take time to define these principles and explain how powerful they can be in changing our climate over time.

Milankovitch was, of course, proved right.

So next time you have a good idea, don’t give up on it too soon. You never know...

Thanks for watching; this was thinkfour. 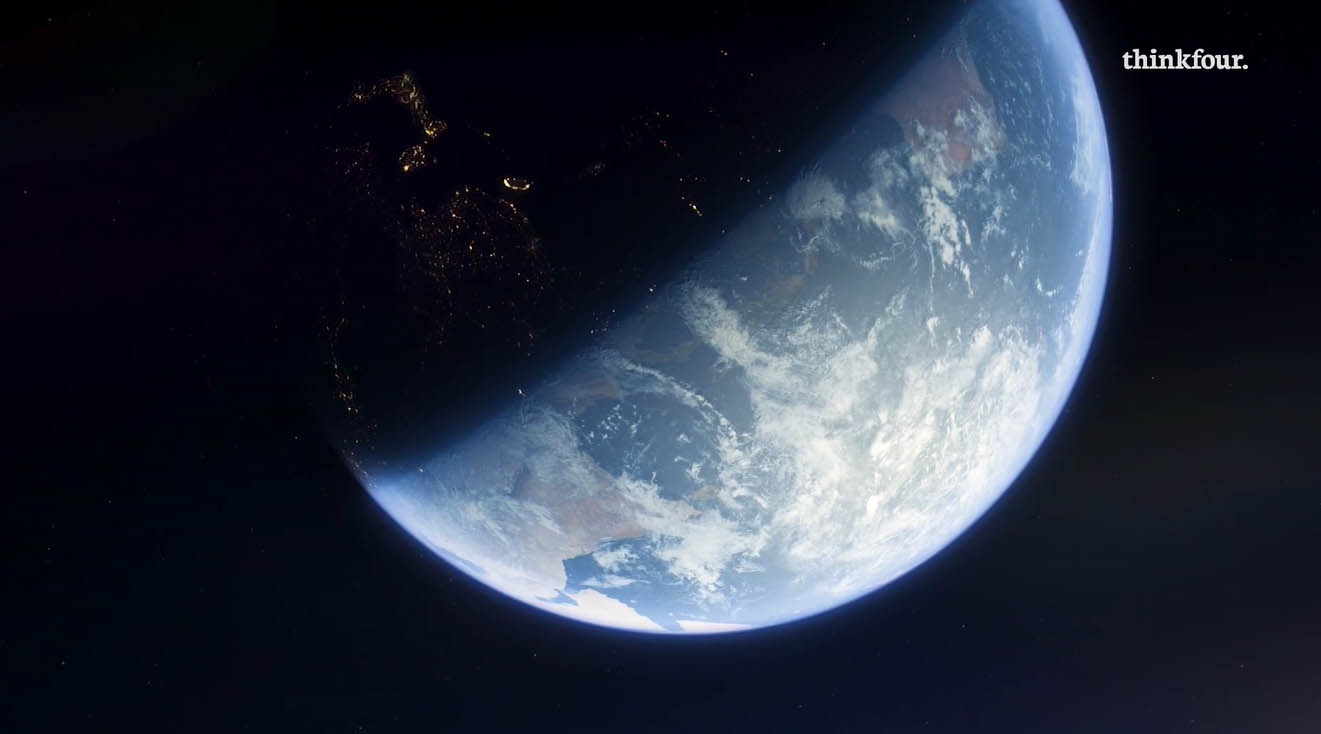