In 1970, entrepreneur Doyle Owens borrowed $300 and a pickup truck to travel from Alabama to Washington D.C. Here, he bought his first load of unclaimed baggage from Trailways Bus Line, which he later sold in a rented house. This marked the start of his business: Unclaimed Baggage Center; the only store in the USA to buy unclaimed baggage from the airline industry.

So, how does luggage end up lost? Well, from check-in, your luggage begins its journey through the giant airport conveyor system. A single ticketing error or missed connecting flight can result in that depressing possibility that your suitcase isn’t on the baggage carousel.

Now, where in the Higher course have you examined something similar to this type of conveyor system? A process that moves physical mass in a predictable and never-changing way? The answer: oceanic circulation.

So let’s dive into the ocean and follow the conveyor belt system that is key to the redistribution of energy from areas of surplus to deficit.

Ocean currents assist in the redistribution of energy around the planet. Around 25% of the global heat budget energy is transferred by ocean currents, which move in large loops, known as gyres. In the Northern hemisphere, the pattern of current flow is clockwise, whilst in the Southern Hemisphere it’s anti-clockwise.

So, what influences these patterns? Ultimately, we can divide the circulation into 2 parts:

The ocean is in constant motion. You will have seen this as you watch waves crash onto the shore. Or, if you’ve swam in the sea, you may have felt an ocean current carrying you along. Surface currents move water across the globe and are powered by the force and friction of atmospheric winds. In general, they form gyres, which are both deflected and contained by the continental landmasses. Currents that flow away from the equator are warm, whilst those that flow towards the equator are cold.

It’s important to remember that ocean currents don't flow due north or due south because of the Coriolis force caused by the Earth's rotation. This deflects the currents to the right in the Northern Hemisphere and to the left in the Southern Hemisphere.

Thermohaline circulation, or the great conveyor belt, results in the movement of energy around the globe. Deep ocean currents are density-driven, and are affected by temperature, salinity and depth of water. The colder and saltier the ocean water, the denser it is. Ocean water organises itself according to density therefore high-density water sinks lower than less dense water, which helps drive the conveyor belt system around the planet.

In the Earth's polar regions, ocean water gets very cold forming sea ice. Consequently, the surrounding seawater gets saltier, because when sea ice forms, the salt is left behind. As the seawater gets saltier, its density increases, and it starts to sink. Surface water is pulled in to replace the sinking water, which eventually becomes cold and salty enough to sink. This initiates the deep-ocean currents that drive the global conveyer belt. Brilliant, isn’t it?

So, the next time you’re standing at the luggage carousel, consider the journey your case has been on to navigate the gyres of the airport conveyor system. Lost luggage is certainly inconvenient, but for Doyle Owens, lost luggage is his legacy. Today, Unclaimed Baggage Center, acts like a conveyor belt in the retail industry helping to resell, repurpose and recycle unclaimed luggage. So, there you go, luggage is never really lost, it just continues its journey to the next destination. 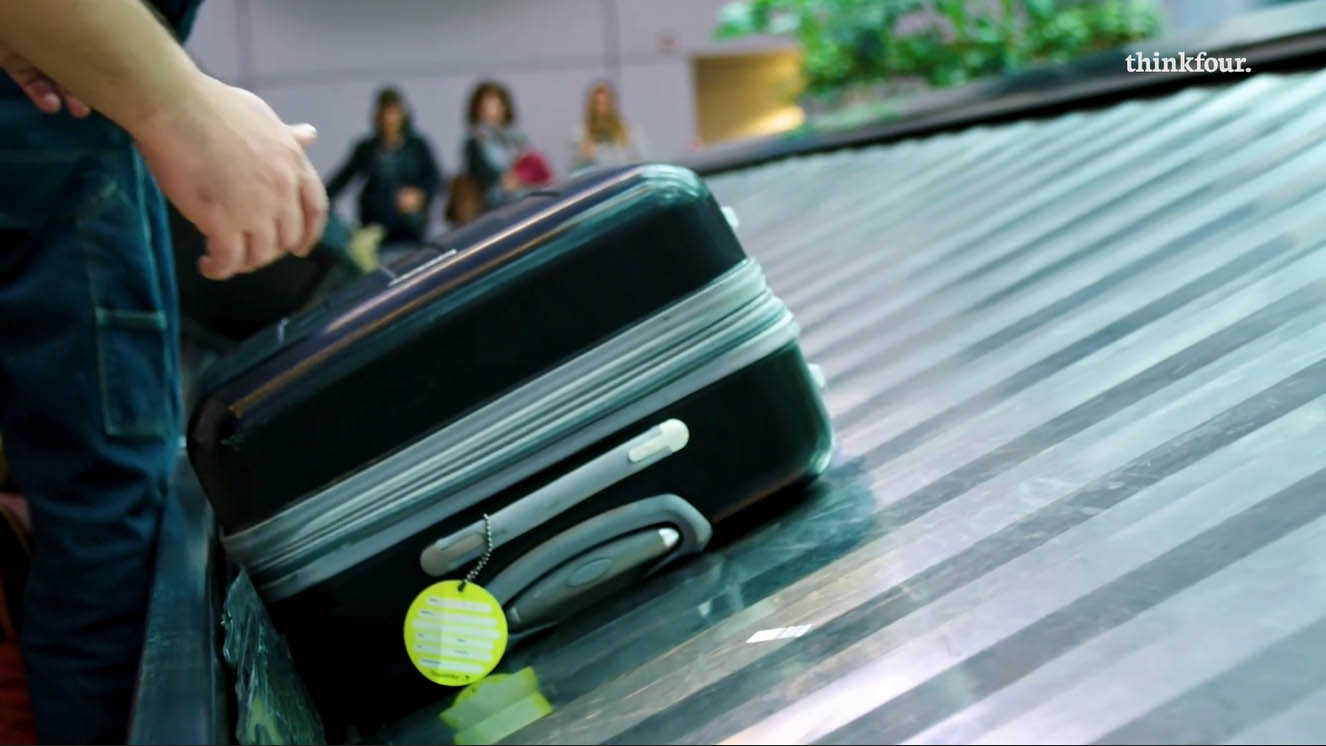