Differences in development between developing countries

For years Syrians were frustrated by the leadership of President Bashar al-Assad: a lack of jobs and a political voice led to pro-democracy demonstrations which exploded in the city of Deraa in March 2011.

The Syrian government used force to quell the demonstrations and consequently sparked one of the worst civil wars of modern times. This resulted in a proxy war as different political powers battled for control of the region. IS and al-Qaeda tried to exploit the lack of control and the Russian’s, American’s, Israeli’s, Kurds and Turks took sides in trying to force their own political agendas.

This war illustrates how where you live in the world matters and how conflict hinders development.

But, what is development and why else are there differences in development between developing countries?

Let’s unpack this. This is thinkfour.

The World has seen massive progress in some things such as the global increase in life expectancy, but there are still huge disparities between places as the Covid Pandemic has cruelly illustrated.

Development is incredibly complex, but in this context, we will define it as: ‘any improvement in the standard of living of people in a country’ (put definition on screen see right).

Development occurs at different scales, but Less Developed Countries often struggle because of a variety of factors. These factors have created a development gap as countries develop at different rates.

Importantly, your focus needs to be on differences in development between Developing countries.

There are several Physical and Human factors which influence development.

Human factors include: Politics, Civil War, Economics, Social factors such as Health and Education and the Employment Structure of a country (show list as I read them).

Importantly, each one could provide an advantage or present a challenge (if possible refer to an example of a physical and human clip until the end of part 2)

Let’s look at an example of an exam style question. (Put the question on screen). The key words are in bold.

Remember, Explain means to ‘give reasons for something and say why something is happening’.

Modern examples are key. Though the impacts of the slave trade and the legacy of colonialism on the development of some developing countries is huge it is important for you to have examples that originated in the present day too.

Short, accurate and concise sentences which look at the factors mentioned earlier are key.

For example, you could write:

In this sentence- Chad is an example of one of 16 landlocked countries in Africa. The explanation is that it is expensive to import and export goods.

Another explanation may focus on natural resources in Malaysia (see sentence right):

Here the example is Malaysia and the explanation is their ability to export and sell palm oil and rubber. Look also at the use of key geographical words like Primary Products. Look how the candidate takes this further to develop a second point detailing how poorer developing countries may not have the infrastructure and wealth to exploit their natural advantages in the first place.

Though I have spoken specifically about exam questions here there is a much bigger picture.

The world is dynamic. Events in the World continue to shape our futures and the progress of every country on the planet.

Syria is still at war and though President Assad has now regained control over much of the country through Russian help the daily fight of survival goes on for many. As Geographers our job is to understand and explain what happens in the World. It is our job, as Geographers, to help others Think More.

This was thinkfour, thanks for watching, 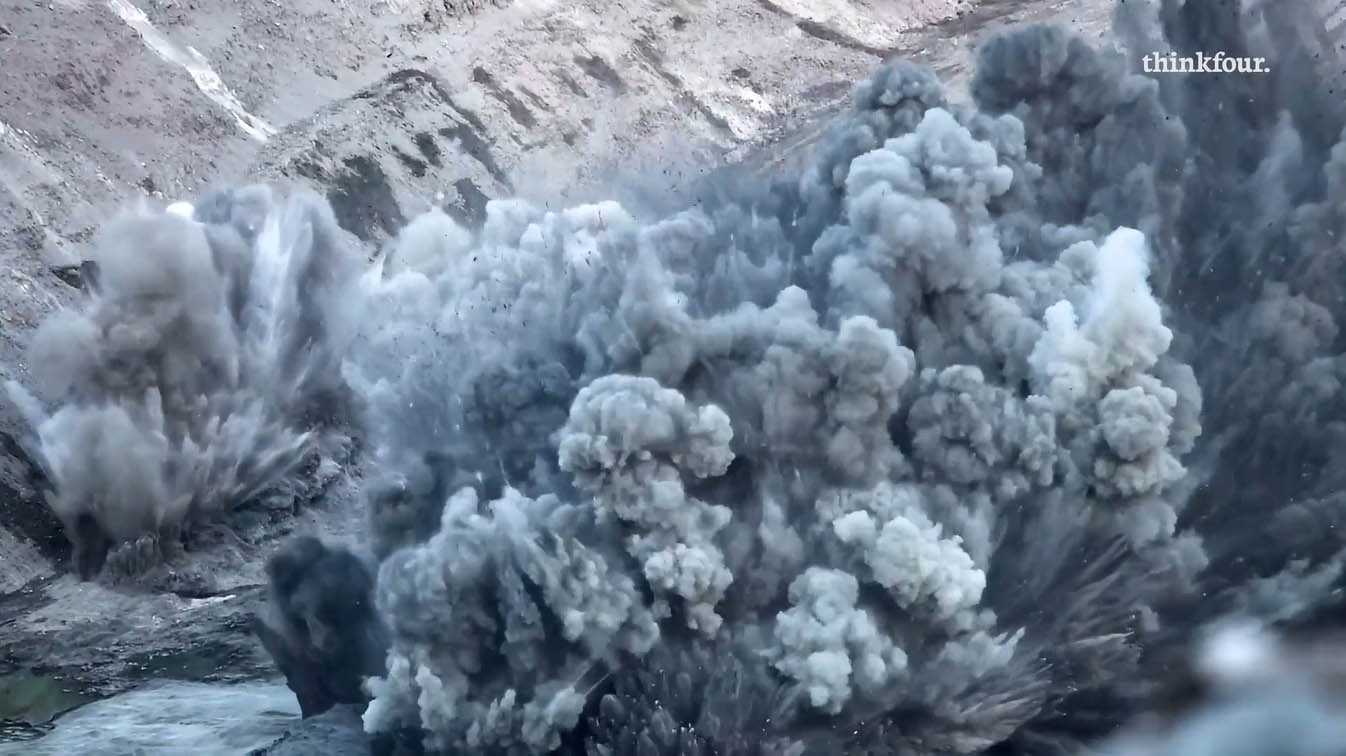