It might not look like it now, but when I was a boy, I was very powerful and had incredible superhuman abilities. I wore a red cape and had boundless reserves of energy. I was, of course, a mutant human from another planet with modified DNA that gave me great strength, speed and power, or so I thought anyway...

Well, as it happens, we are ALL mutants in some form or another - mutations can occur in any of our cells at any time, but they are rare.

Mutations affecting individual genes are called single gene mutations and they affect the nucleotides that make up your DNA. They occur naturally, but the rate at which they occur can be speeded up by mutagenic agents, such as radiation or chemicals. There are three forms of single gene mutation, so let’s look at them and see how they affect our proteins. The human genome project allows us to locate these mutations.

I warn you now, this is powerful stuff but these cell mutations probably won’t help you defeat Magneto! Well not yet anyway!

First are substitution mutations. Like in a football, or a hockey match, when one player is changed for another, one nucleotide is replaced by another one on the DNA. The DNA code is the series of bases, each attached to a nucleotide, and the code is copied onto mRNA.

This code is then used to put specific amino acids in the correct order, resulting in the production of the protein that the specific gene codes for. If a substitution changes one nucleotide, then one base is changed, one codon on the mRNA is changed and, thus, one amino acid in the sequence is changed.

The resulting protein will be changed slightly but may still function. This form of substitution is called a missense mutation. There is another substitution mutation that can cause a stop codon to appear early in a sequence and this is called a nonsense mutation. It may lead to an incomplete amino acid sequence, and the resulting protein will be non-functional.

The other two mutations are called deletion and insertion.They do exactly as they suggest.

A nucleotide is either removed from the sequence or one is added in. Both these types of mutation can have a devastating effect on the protein produced as they cause a frameshift. How does a frameshift work? Think about the base sequence as a line of 12 people that you know.

Now separate them into groups of 3 but still have them standing in a line. Take out the person standing at number 5. They have been deleted.

To keep groups of 3, everyone after number 4 moves up one place. Now all your triplets after the one number 5 was in, the point of mutation, have changed.

The people in your groups, after the first group, have all changed. If this was a DNA molecule, in which there will be thousands of bases, every codon after the point of mutation changes, which changes the sequence of amino acids, resulting in a non-functional protein.

An insertion has exactly the same end result. This time, insert yourself in between the people at position 4 and 5 in your chain. Again, every triplet beyond where you were inserted changes, so on a DNA molecule, again, every codon after the point of mutation changes, changing the amino acid sequence and, once again, the protein formed will be totally different and most probably non-functional.

Mutations are occurring all the time, in all of us, but we are often never aware of them. They may have little or no effect on us, but mutations generate the variation on which natural selection acts.

Mutations might be the raw material of evolution, but you wouldn’t want it getting out of hand….would you?

As for me, I’m still as ready as I ever was to use my mutant superpowers to take Magneto on, whenever he decides to show up.

This was Thinkfour, thanks for watching. 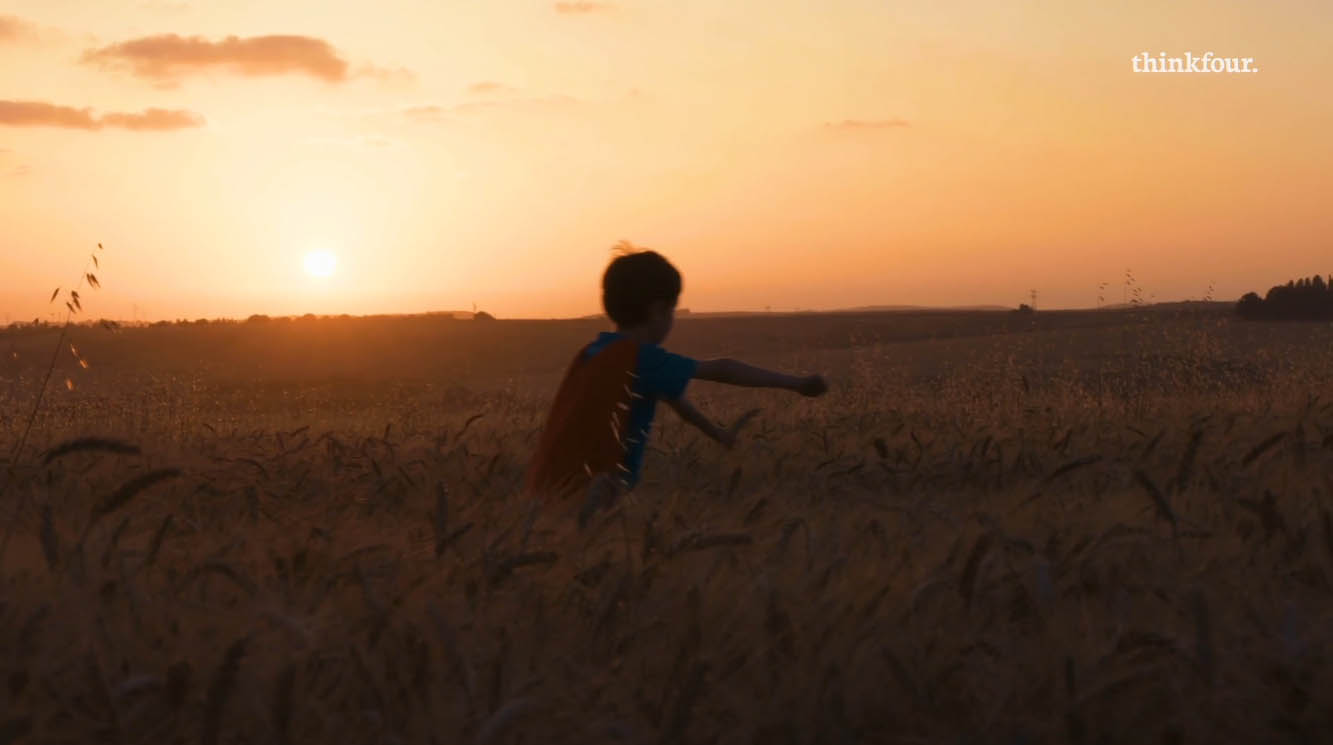