What has ATP done for Glycolysis?

Watch this to understand the role of ATP and Glycolysis in respiration in Higher Biology (and Happy Birthday!)

Your birthday is a time for giving. Lovely presents wrapped in glittery paper, tied with bows and given to you to celebrate your big day. You may have a cake too, covered in sugary icing.

Sugar, or more specifically glucose, is the starting point of respiration, THE most important cellular process in all living organisms. If a cell can’t respire, it will die, so glucose is essential.
Think of it this way, the first stage of respiration is glycolysis, which is the birthday party. When you eat the cake, it supplies the glucose molecules your cells need for respiration, but there is also a present given too, in the form of a phosphate molecule, given by the cell’s close friend, ATP.
Let’s look at this very special present, work out why it is given and what it means for glycolysis.
This is thinkfour.

Glucose is used in respiration to produce carbon dioxide, water and ATP. The first stage of respiration takes place in the cell cytoplasm. This is glycolysis where glucose is broken down into pyruvate. Now, we’ve said that ATP is produced during respiration and, indeed, some is produced during glycolysis. 4 molecules to be precise. However, when the glucose is initially broken down, it requires 2 ATP to convert it into intermediate compounds, before it is converted into pyruvate. So, 2 ATP have been used, 4 are produced, as you see in the diagram, there is a net gain of 2ATP in glycolysis. When the 2 ATP are used, this is energy investment and when the 4 are produced it is energy payoff, leaving a net gain of 2 ATP at the end of glycolysis.
40sec -1min section

But how are the 2 ATP used and what happens during energy investment. When ATP is broken down, it is converted into ADP and Pi. The phosphate released combines with the glucose to form intermediate 1. This process, when phosphate combines with another substance, is called phosphorylation. The glucose is phosphorylated into intermediate 1. This happens again and a phosphate from another ATP is used to phosphorylate intermediate 1 into intermediate 2 which is then easily converted into pyruvate, releasing energy that is used to produce 4 ATPs. Dehydrogenase enzymes also remove some hydrogen ions and electrons, which are passed to NAD forming NADH, leaving pyruvate.

The main reason for the immediate phosphorylation of glucose into intermediates is to prevent it diffusing out of the cell. Once the phosphates have been added to form the intermediates, they cannot easily cross the cell membrane, so the further processes of respiration continue rapidly in the cytoplasm, and then in the mitochondria, producing the ATP required for all cellular processes. Rapidly changing glucose into intermediate 1 keeps the process going and ATP being mass-produced.

Each glucose molecule will produce 38 ATPs by the end of the respiration process, but two of those will be used to start the breakdown of the next glucose molecule, by giving their phosphate gifts to the cell.

Not everyone likes birthdays, especially when you get to my age, but just think how important the birthday party was for the cell. No cake and there’s no glucose. No friends, like ATP bringing you a present, and there’s no phosphate to produce intermediates. Remember, no cake and presents, no respiration, so celebrate every birthday and live life to the full...well, your cells will anyway! 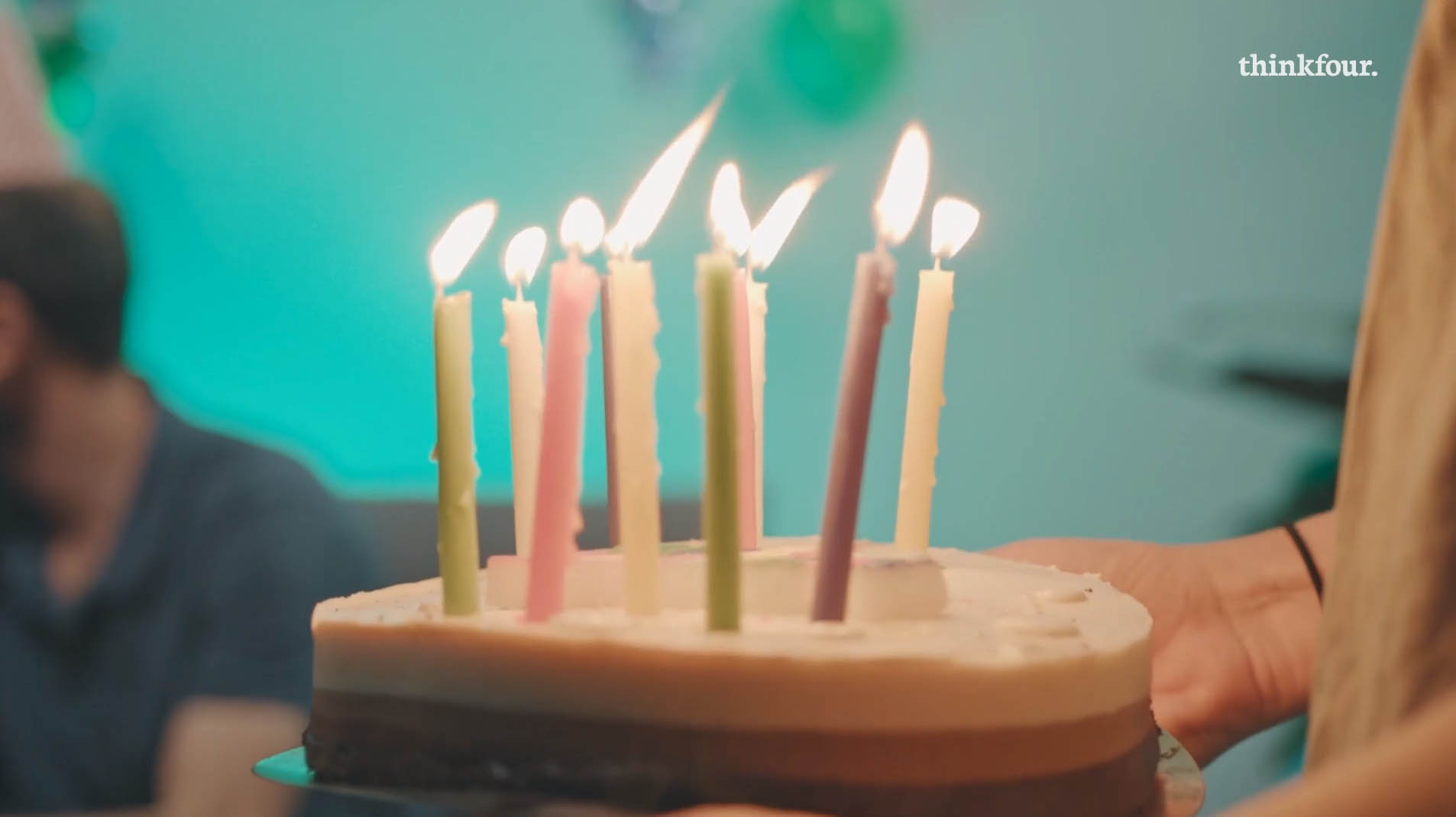