Watch this to upack the differences between median, altitude and perpendicular bisector lines for Higher Maths (and to appreciate the beauty of bridges)

The Williamsburg Bridge is a suspension bridge in New York City across the East River, connecting the Lower East Side of Manhattan with Brooklyn.

You can see that it has strong truss towers, with lots of triangles joined together. Truss bridges are the strongest kind of bridge. They combine materials in a simple and efficient way that reduces and spreads out loads over a large area. They flex less than other kinds of bridges and provide greater stability even in extreme weather or traffic.

Triangles are used in bridges because they evenly distribute weight without changing their proportions. When force is applied on a shape like a rectangle it would flatten out. Before triangles were used in bridges, they were weak and could not be very big.

The mathematics involved in bridge design is varied and extensive, but an understanding of geometry is essential for structural engineers.

Designers of The Williamsburgh Bridge will have used some of the same maths you need for Higher: finding the equations of altitudes, medians and perpendicular bisectors.

The most important aspect of this topic is that you can recognize the difference between medians, altitudes and perpendicular bisectors.

Medians are lines that go from the vertex of a triangle to the midpoint of the other side, as shown here. We are finding the median from A.

To work out the equation of the median we need to use its gradient and a point that lies on it.

We have a point that lies on it, point A, but before we can work out the gradient we need to find that midpoint, marked M on the diagram.

We can calculate the gradient of the median using points A and M. It has gradient 4.

Altitudes are different from medians because they don’t go across to the midpoint of the opposite side.
Instead they meet the opposite side at right angles. The altitude is perpendicular to the side it meets.

Using this triangle we are going to find the equation of the altitude from the point A.

We can’t find the gradient of the altitude immediately as we don’t know the coordinates of where it meets the other side. Instead we will use our knowledge of perpendicular gradients.

The gradient of the opposite line, line CB is -1. The perpendicular gradient is 1. So our altitude has gradient equal to 1.

Using this gradient and point A, we can find the equation of the altitude line which is y = x - 7.

A perpendicular bisector line could be on a triangle, or it could just be applied to any line segment. So we could see this question asked to do with a triangle or just a line joining two points – as shown.

As you can see from the diagram with the triangle the perpendicular bisector does not have to go through any of its vertices.

We will find the equation of the perpendicular bisector of side AB in this triangle.

It doesn’t go through any of the vertices of the triangle but it does go through the midpoint of AB which is (5,1).

Now we use this perpendicular gradient and the midpoint 5,1 to find the equation of the line giving 3y = 4x - 17

The design of bridges are varied, but they provide us with beautiful structures which pepper our landscapes and serve a very practical purpose.

Bridge engineers help vehicles and pedestrians cross rivers, valleys, roads and other obstacles. They are civil engineers who specialise in bridge design and construction. Some design new bridges, while others inspect and plan the rehabilitation of older ones.

Without the mathematics you are learning they wouldn’t be able to do their job effectively and ensure our bridges are safe and long-lasting and look amazing. 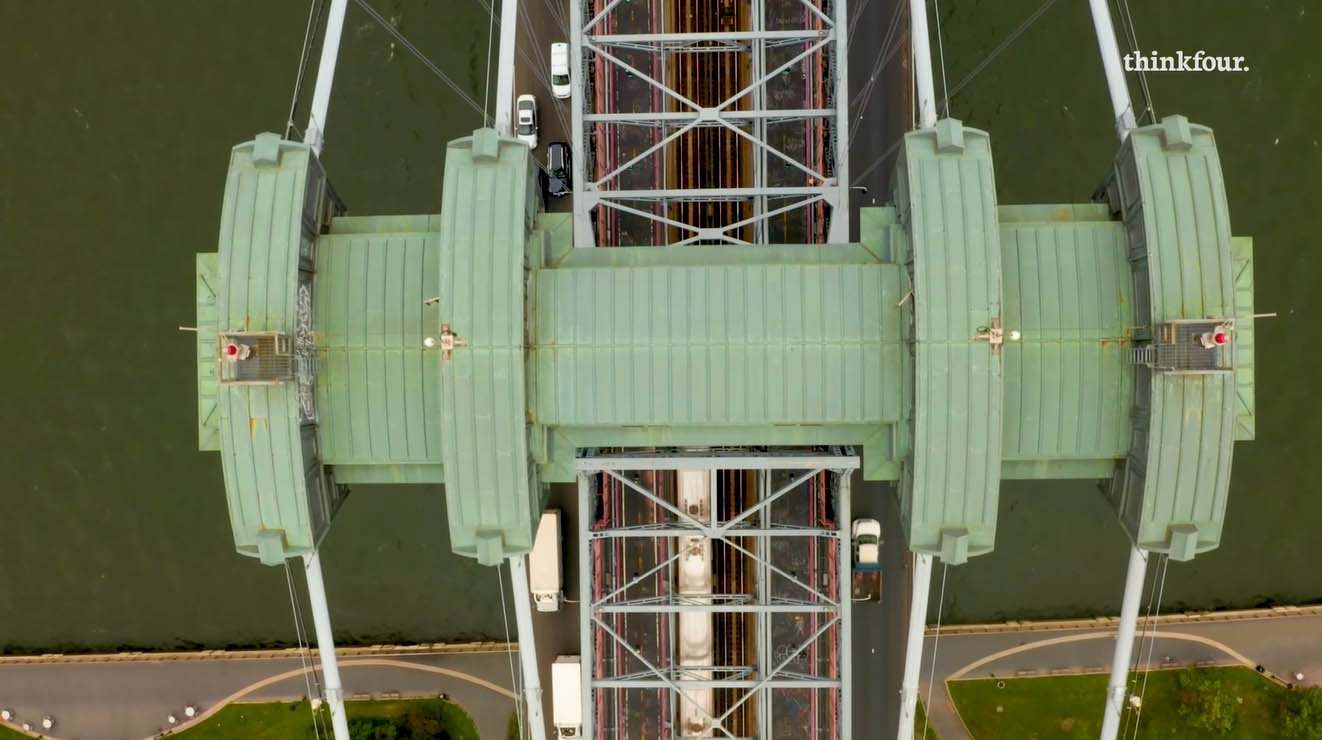