The distinction for the longest recorded motocross jump goes to an Australian called Robbie Maddison.

In 2007 he achieved the longest successful bike jump in the world. The planning it took was nothing short of amazing. His specially tuned Honda CR 500 stunt bike would have to leave the ramp at exactly 94 miles per hour to avoid overshooting or undershooting the pre-approved landing spot.
With thousands of spectators cheering, Maddison took a few speed runs back and forth across the ramp. Visualizing the perfect launch trajectory in his head before committing to the ramp at full throttle.

Emerging triumphant on the other side, Maddison's jump of 322 feet cemented him as the best stunt bike jumper the world has ever seen.

The flight of the bike during the jump is parabolic and is considered to be a projectile motion because it is only affected by gravity and air resistance while in movement.

If the height of the bike is a function of time, we could work out how long it is above a certain height, giving us a range of times.

Let’s explore quadratic inequalities to try and understand this.

So hold on tight.

Sometime the question will just be given to us as a straightforward quadratic inequality like this one.
Here we are asked to solve 6 - x - x squared is greater than zero.

Quadratic inequalities can be solved using something called a table of signs, but most of us solve them by sketching the parabola and looking for the regions above or below the x axis.

So the starting point to solve this is to sketch the curve and to do that we need to find the roots by making the quadratic equal to zero.

Then we factorise and solve it. The roots are at x equals negative 3 and 2. This is a quadratic with a negative coefficient of x squared so the shape is parabolic with a maximum turning point as shown.

The original quadratic inequality asked us to solve where it is greater than zero, so we look for the region above the x axis and don’t include the roots.

In this case the region is described by all x values where x is between –3 and 2. We write this as -3 is less than x which is less than 2.

Be clear where your answer is as it is likely you will have the roots labelled with x= on the page too.

I like to be clear that I was finding the roots for the sketch and then I double underline my inequality as my solution.

Sometimes you will form the quadratic inequality while solving a question.

For example here you are asked to determine the range of values for which the curve is strictly increasing.

From your knowledge of the differentiation topic you should know that curve is increasing when f dashed x is greater than zero.

The derivative is 3x squared + 6x - 24 and so we now have the inequality we need to solve.

The sketch will help us find the range of values.

We factorise and solve to find roots at - 4 and 2. The shape is a parabolic curve with a minimum turning point.

Quadratics describe the paths of many objects in flight.

Let’s look at this motocross stunt again. I expect he was pretty sure he’d put the down ramp in the right place before he took off. And if there had been objects to jump, he’d have wanted to be sure he was going to clear them before he started.

The practical applications of quadratic equations and inequalities are many, but they also appear often in this course. So whether you are a stunt rider or just want to pass Higher Maths, it is really worth knowing this stuff well. 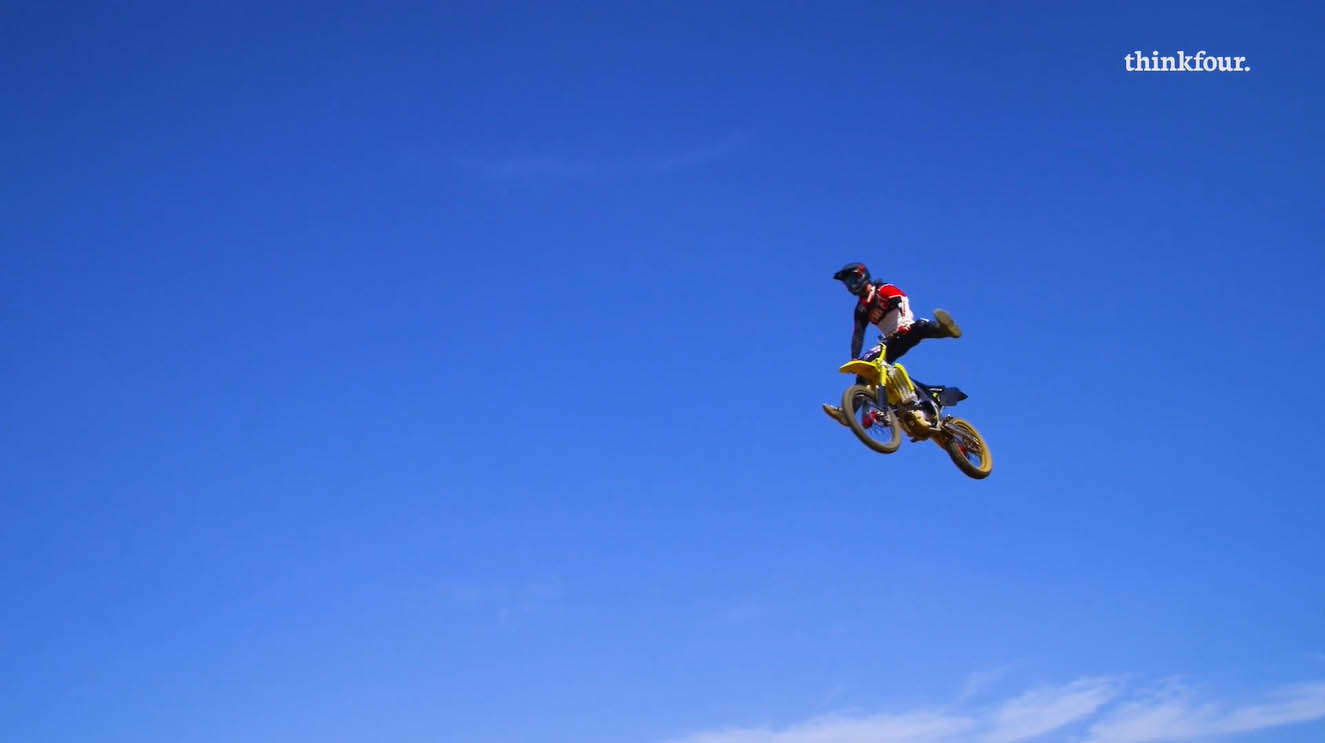