Our sky is a busy place and air traffic controllers do a great job making sure planes stay clear of each other and thankfully don’t collide.

The same happens on the sea, where sophisticated navigation systems ensure that ships avoid each other and are able to find their own paths through our vast oceans, even in the dark and in bad weather.

Navigation and air traffic controlling systems are complex and use a lot of software programmed with plenty of mathematics.

One interesting area of mathematics that you are studying is within the differentiation topic and is to find stationary points. When air traffic controllers know the positions of two planes, they can work out the relative position of the planes as a function of time and then minimise this to find the closest they will get to each other, or if they will collide!

As I am sure you will appreciate, detail really matters here, so let’s take a closer look.

Here is a function y equals half x to the power 4, -2x cubed +6. It’s derivative is dy by dx equals 2x cubed minus 6x squared.

To find the stationary points we will set dy by dx equal to zero, as this will be the points where the gradient of the curve is zero.

Then we can solve the equation to find the x-coordinates.

For this function there are stationary points at x equals zero and x = 3.

We can then find the nature of these stationary points with a nature table or a second derivative test. There is another thinkfour video comparing the two methods for determining the nature, so you may wish to look for that.

Let’s use a nature table.

Using the derivative and points either side of the x coordinate we can determine if the gradient of the curve is positive or negative and look at the shape.

For x equals zero I can choose a number just less than zero and substitute it into the derivative. This gives me a negative number, showing that the gradient of the curve is negative and slopes down from left to right.

Then I can find a number just greater than zero and substitute that into the derivative, giving me another negative number, indicating another slope down from left to right. This is a falling point of inflection.

At x equals 3, I complete the same process and find there is a minimum point.

I have found the x coordinates of the stationary points and now I have determined their nature.

From here I may be asked to find the y coordinates of these stationary points, and maybe even sketch the curve.

You may be asked to solve a stationary point question in a context. These are called Optimisation questions. There is a thinkfour tutorial about Optimistation and is worth watching after this one.

You could be asked to minimise the surface area of a box for a certain volume, much like cereal companies do when designing their packaging. Or perhaps the context will be about the perimeter and maximising the area of a field, for a given amount of fencing

The uses of stationary points are so varied in mathematics. Whether this mathematics is used to avoid two planes or boats colliding, or in something much more down to earth, like minimising the surface area of a cereal box, it’s an area of maths that has real meaning for everyday life.

The method is straightforward when you learn the steps.

So next time you are flying off on holiday, don’t forget that it’s maths that is keeping you safe.

This was thinkfour. Thanks for watching 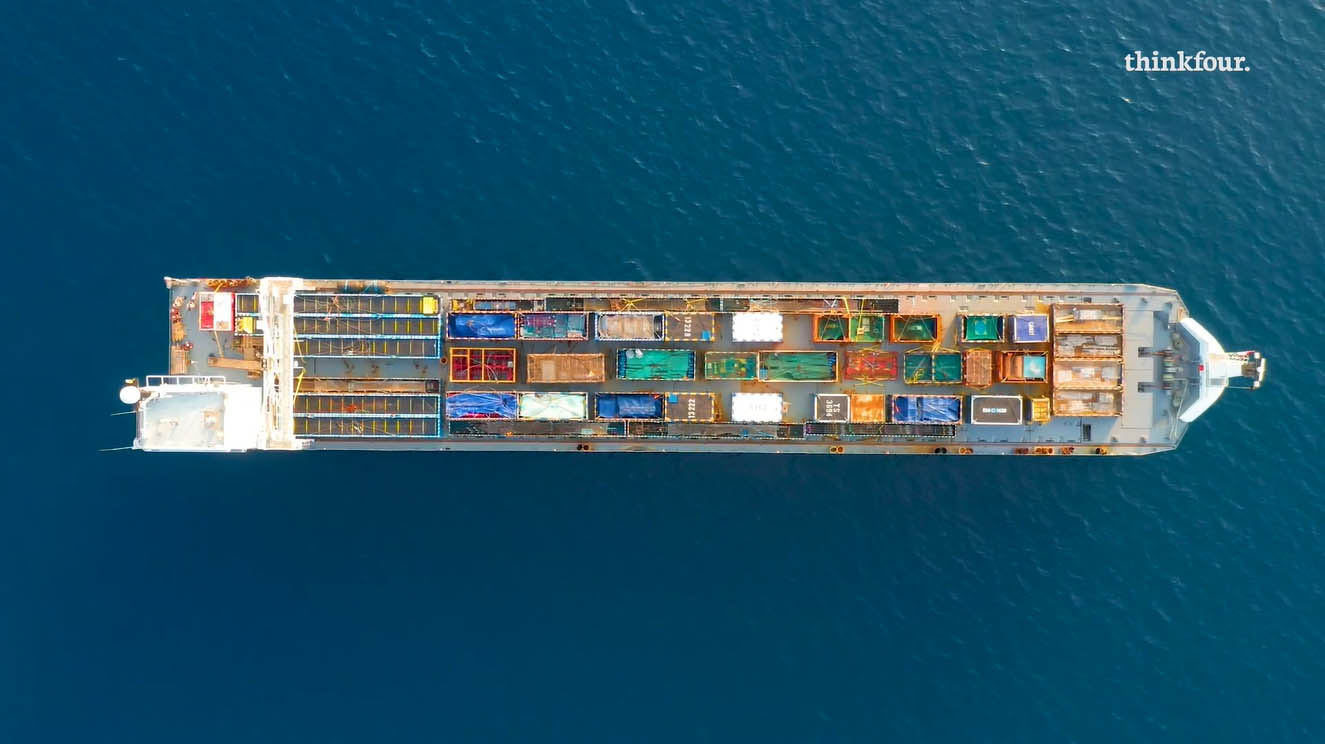