It was recently announced that Nasa has granted a multi-million-dollar contract to Vodaphone and Nokia to install the first ever mobile network on the moon. This will allow astronauts to make calls and send back video and data via 4G.

Back here on planet Earth, we still have patchy mobile phone coverage in some more remote areas of our beautiful country. This is because we don’t have the necessary masts and antennas to reach everywhere, and because our stunning geographical features get in the way of the signal.

We’re going to look at the mathematics of intersecting circles.

There are different situations that can occur when we have two circles. In all the following examples I am going to show the bracket form of the circle equation, but you need to be able to find the centre and radius from the expanded form too.

The first scenario is that the circles touch each other at a single point externally, as in the diagram shown here.

This is the equation of the first circle and it has radius 5 and centre (-4,9).

This is the second circle equation which has radius 6 and centre (7,9).

The distance between the centres of the circles can be worked out using the distance formula or Pythagoras’ Theorem as shown. In this example it is 11

As the distance between the centres is the same as the two radii added together the circles must touch externally.

The second scenario is that the two circles do not intersect.

The distance between the centres is 5.

This means that the distance between the centres is greater than the two radii added together.

The two circles do not intersect.

The third scenario is when the circles intersect at two points.
This will happen when the distance between the centres is less than the two radii added together.

These two circles have radii of 9 and 5, making a sum of 14, but the distance between the centres is only 13. Therefore there are two points of intersection between the two circles.

There is one more scenario that we see occasionally. It’s where the two circles touch once internally, as shown in this diagram.

These two circle equations give us radii of 2 and 10 and the distance between the centres is 8.

If I annotate the diagram you can see that the distance between the two centres is the same as larger radius minus the smaller radius. This shows that the circles touch once internally.

So you need to be clear how to find the centres and radii of circles and the distance between those centres. Then you can apply the situations we’ve discussed to solve a problem presented to you. Make sure you communicate clearly and show your method confidently.

The main purpose of the 4G network on the moon will be to support future astronauts in NASA's Project Artemis, which is scheduled to land astronauts near the lunar south pole as early as October 2024.

Here on Earth companies will use the mathematics of intersecting circles to work out where to put their masts and antennas to allow us the best coverage possible, because we rely so much on our mobile phones in our everyday lives.

So applying the mathematics of intersecting circles will result in better connections for everyone as well as good results for you in Higher Maths. And it will mean you can watch these thinkfour videos from anywhere! 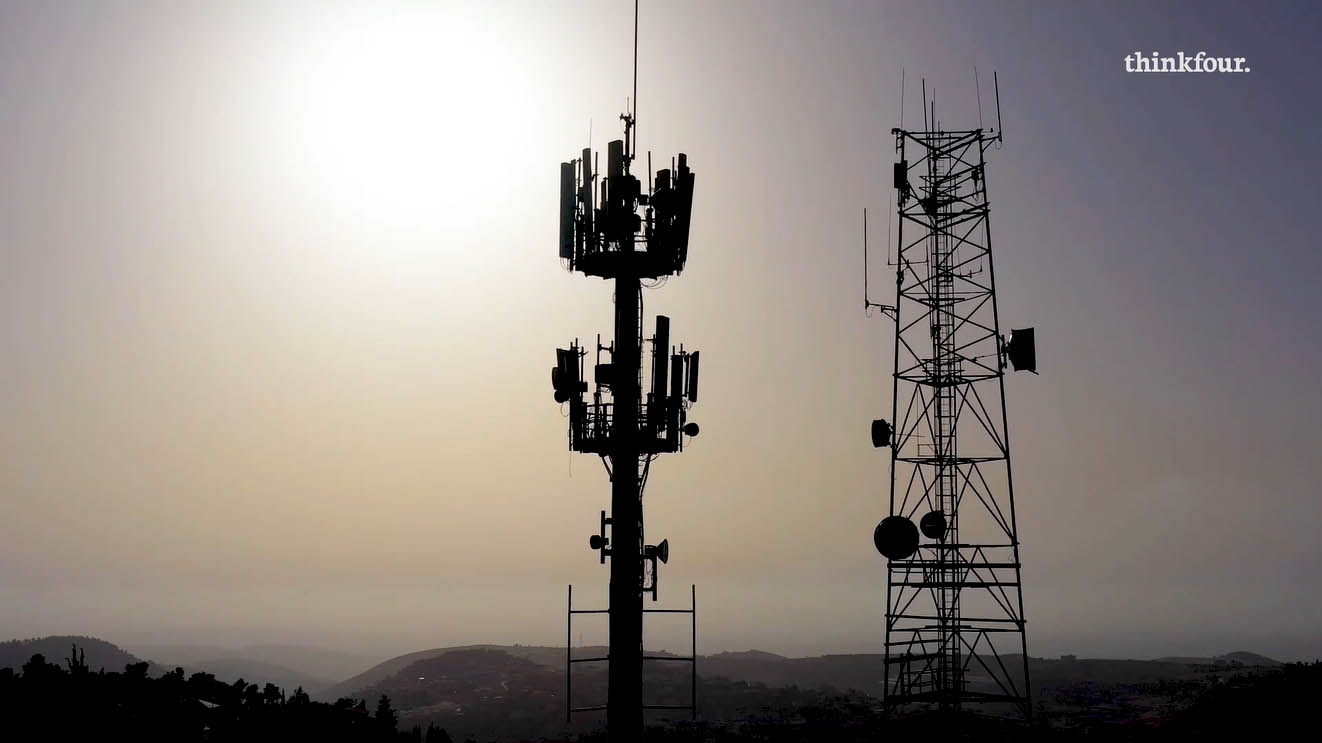