In the summer have you ever been annoyed by an insect buzzing around you and whatever you try, it just won’t go away?

It’s very frustrating but you just need to control yourself.

Farmers have that problem, but with their crops.

Not only will insects affect their crops, but also weeds and diseases, spread by microorganisms, like fungi. They want their crops to grow well, so need to control the pests that can infest them. They use a range of control measures to do this.

Pests can hugely reduce a farmer’s profit. The pests include weeds that compete with the crop for resources. The weeds often outcompete the crop and yield declines. Invertebrates, such as insects, eat leaves, reducing the plant’s ability to photosynthesise or suck the sap, taking away the sugars photosynthesis produces. While bacteria and fungi can spread diseases like wildfire through closely packed fields of crop plants. So farmers use 3 main methods to control pests. They can also combine them.

Cultural control is the method used to reduce the effect of weeds. The weeds can be physically picked out at the start of a growing season and ploughing the soil mechanically destroys any weeds. But weeds regrow rapidly, reproduce quickly and before you know it, they are back competing with the crops.

Weeding needs to be regular and is time consuming. So, farmers turn to chemical control. Herbicides are sprayed onto weeds to kill them, but the crop can also be affected, reducing its yield. Insecticides are used to kill insects, but they can’t be too strong as they can easily wash off fields into streams and rivers, polluting the surrounding ecosystems.

The effects of bioaccumulation and biomagnification can cause other organisms to be affected, or killed, as the chemicals get into food chains, growing in potency with devastating effects on organisms at the top of food chains, such as birds of prey. Fungicides kill fungi that spread diseases into crops, but you can’t easily predict when fungal spores will arrive at your crops, or which fungus it will be, so which fungicide do you use?

Yes, they all control the weeds, insects and fungi, but at what cost?

Biological control involves introducing a natural predator of insects, but often requires a closed system to be effective. Ladybirds eat aphids, so if you are growing, say, tomatoes, in a greenhouse, put some ladybirds in too and they will voraciously devour any aphids, so you get tastier tomatoes.

If this were done in a field, the ladybirds could not be contained and would simply fly away. This could lead to the possibility of a species becoming invasive and that can be devastating to environments, such as cane toads in Australia, introduced to control beetles on sugar cane.

So, most farmers use integrated pest management; a combination of two, or even all three of the methods. Weeding or ploughing is effective early in a growing season, chemicals used in smaller amounts can then be used to control all pests once a crop is established and, where possible, biological controls can help reduce the need for overuse of chemicals.

Farmers just need to work out which combination is best for them, and which will have the least impact on the environment.

Like the insects buzzing around you while you sit in your garden, pests can be very annoying, but in agriculture, pests can have a massive effect on profits and food resources.

Control methods will help, but each has its own disadvantage, so must be used in a very coordinated manner to reduce any environmental damage.

Now, am I going to swat that fly or use a spray?

Maybe I should just get a frog? 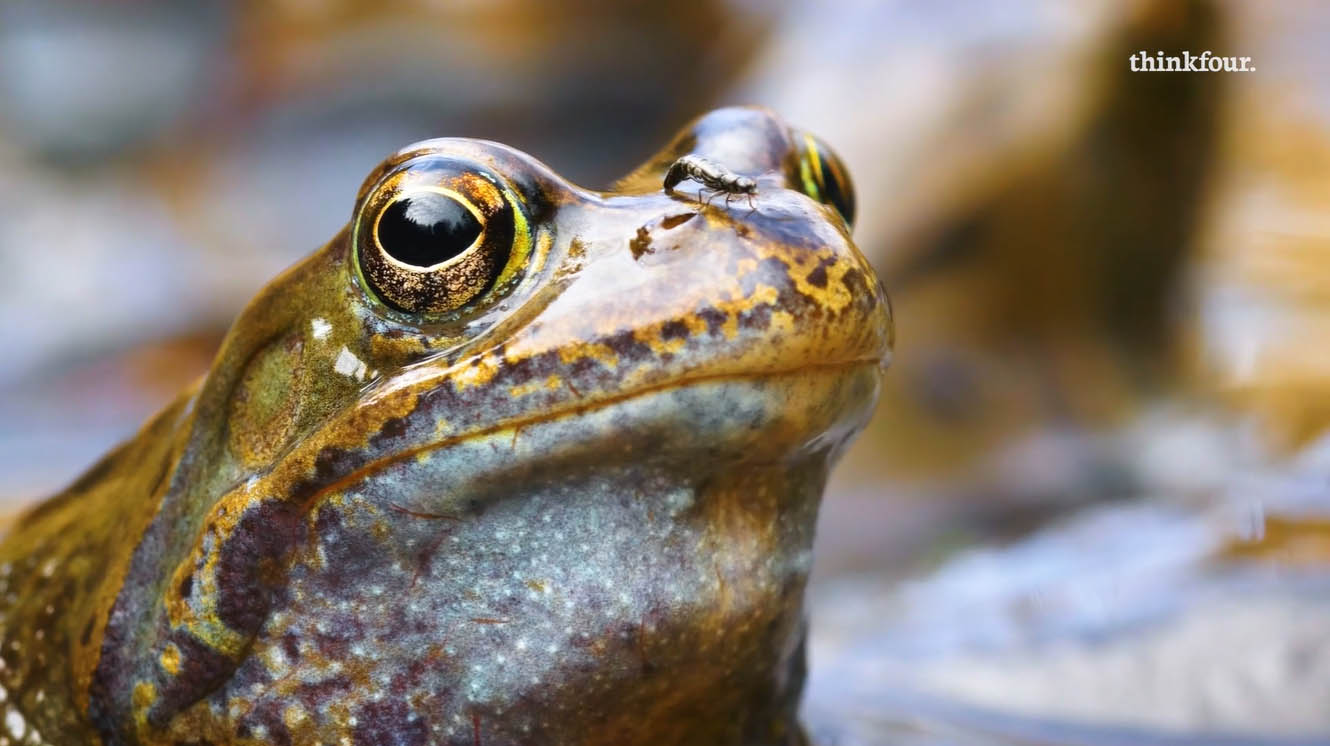