The 2008 Formula 1 World Championship is perhaps the most dramatic in the history of the sport. reigning World Champions Ferrari, in their historic red car looked set to crown yet another one of their drivers as champion, when on the final corner, of the final lap, of the final race of the season, Lewis Hamilton got past Timo Glock to take the additional points that he needed to overtake Felipe Massa in the championship. It was the latest and most dramatic way to win a title, yet it counts just the same as Hamilton’s 2014 title, won with two races to spare, or the 2015 title won with three races left.

This is also true of elections that use the First Past the Post system – the margin of victory doesn’t matter, all that matters is who crosses that white line in front – and the winner takes it all.

The First Past the Post electoral system is pretty straightforward – the country is split into 650 mini elections to determine the MP for that constituency. The candidate with the most votes, whether that is 10,000 more or just one more than second, is the winner and becomes the MP.

Nationally, if a party gets more than half of the seats, so 326 or more, then they form a government, whilst if nobody gets 326 then the parties work out who they need to work with to get over that number between them, or the largest party goes it alone as a rather weak government.

At Higher, you need to know what the strengths and weaknesses of the FPTP are – why has it been used since elections to Westminster began, but why also is it regularly described as unfair and unrepresentative.
The main advantage is that it usually provides a strong government.

A majority of 80 seats in the 2019 general election gave Boris Johnson the power to get Brexit done, whilst weaker governments had struggled to manage that and his government were able to deal with covid in their own style without the need for the support of other parties.

It is also the case that FPTP gives people a direct link to their MP, and if that MP lets them down repeatedly, then they can replace them at the next election, providing accountability. When a Scottish MP broke covid rules to board a train, the people of Rutherglen made it clear that they would not re-elect her in the future.

Another advantage is that if a party make promises in their manifesto, and then are elected to government, you can judge them on how much of their manifesto they actually deliver. For example the Conservatives promised there would be no tax rises, but then increased National Insurance.

They would argue that Covid meant they had to make difficult decisions and the country can decide on that at the ballot box.

On the other hand, FPTP is undeniably unfair, especially for smaller parties. The Conservatives took 56% of seats with 44% of the vote, whilst the Lib Dems got less than 2% of the seats with 12% of votes. This prevents smaller parties from having a say in parliament, and also pushes minority views out of focus.

For example the Green party picked up around 900,000 votes UK wide, but got just one seat, that’s close to 2% of voters, but less than a sixth of one percent of the seats. This shows that the system does not match up support across the country with seats in parliament – but nobody said that it did, or that it has to, the system prioritises constituency elections and governments are formed from that.

It’s also wasteful, which is arguably undemocratic. Millions of votes achieve nothing and might as well go in the bin. In every constituency, all of the votes that don’t elect the winner are wasted, and many winners end up winning the seat with as little as a third of the votes of people in that area.

So looking back again at the 2008 formula 1 season, every pit stop, every tyre change, breaking point, and overtaking maneuver, made a difference to the title race, yet in each of Hamilton’s next six championship titles, he won them with races to spare. These titles all count the same in the history books, and finishing second by a point, or by 50 points, ultimately gets you the same thing.

For these highly competitive athletes, second feels like nothing, and in elections under FPTP, rightly or wrongly, second IS nothing! To the victor go the spoils!

This was thinkfour – thanks for watching. 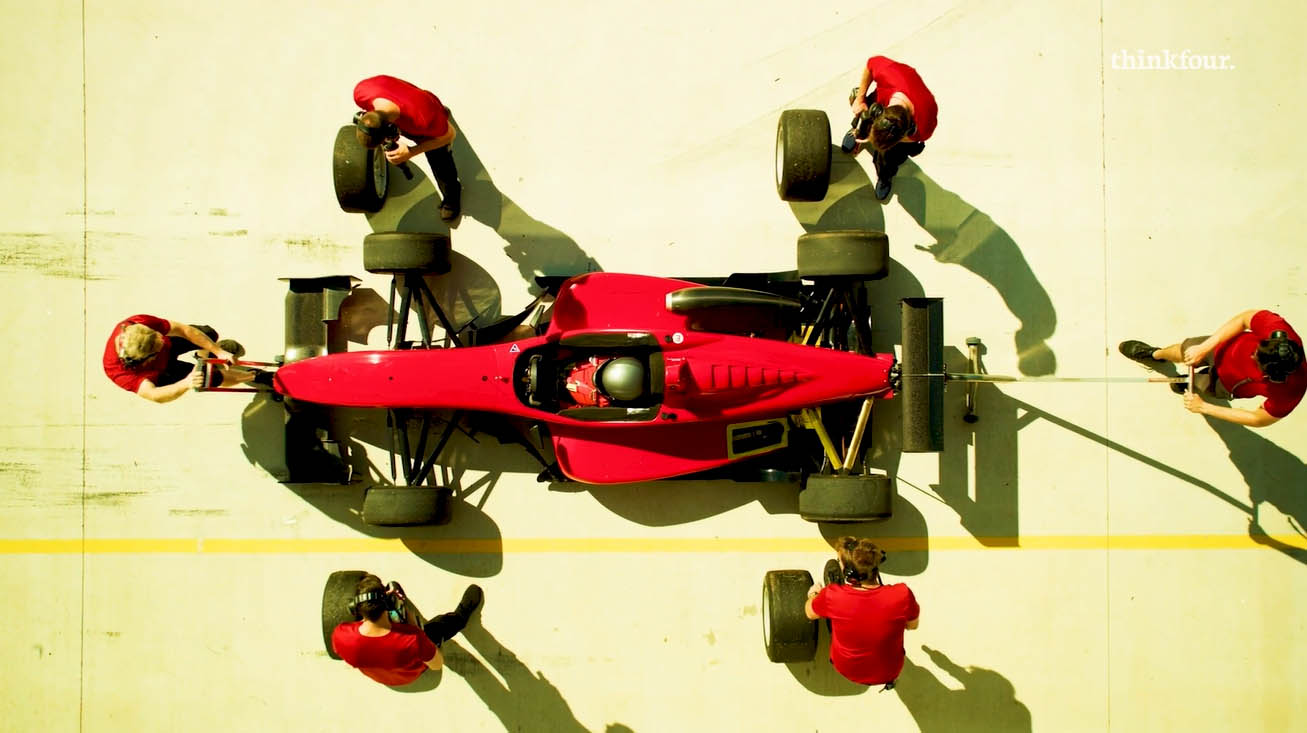